As evidenced by the recent growth in Texas, Republicans better manage the state economy 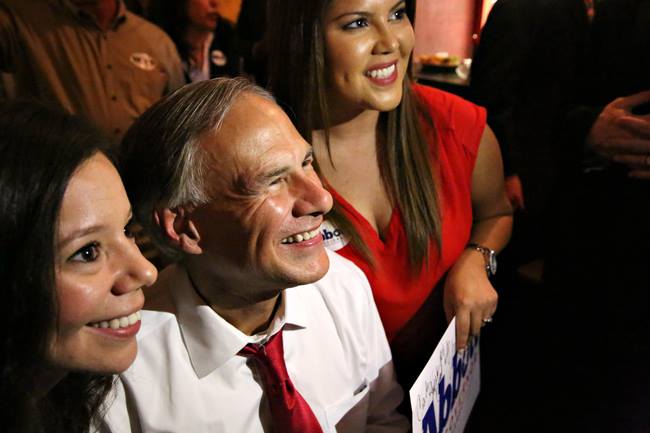 There are two gubernatorial candidates who support expanded gun rights, the death penalty, and Governor Rick Perry’s surge on our southern border. Only one of them, state Sen. Wendy Davis, D-Fort Worth, has been ranked Texas’ second most liberal state senator. The same senator who has fought against guns in the state senate now has come out in support of open carry. We’ve witnessed a retreat by Davis from the fundamental values that her and her party have supported in the past. I don’t blame her. It’s hard to argue against Republican leadership that has seen Texas outpace the rest of the nation in job growth 2 to 1, bring in hundreds of businesses with high-paying jobs, and welcome thousands of Americans from other states excited to move to Texas. Unfortunately, Davis has been willing to emulate a Republican platform on many issues except where it truly counts. Davis and Attorney General Greg Abbott still have deep disagreements on the economic future of this state, an issue that has huge ramifications for students here at UT as we look toward the future.

One of the most heated parts of this debate is weighing the success of the “Texas Miracle.” Perry has said before that Texas created 40 percent of all jobs added in the United States during the recession. FactCheck notes on their website that the governor was mistaken — Texas actually accounted for 47 percent of all jobs created during the recession.  In terms of providing jobs, Texas’s record is indisputable. The debate has now shifted to the quality of jobs here in Texas. Davis brought this issue to the forefront of the debate when she announced her intentions of raising the minimum wage to $10 an hour. This is admittedly a critical issue, especially for students. It’s simply not enough that Texas creates jobs regardless of pay or quality. Davis alleges that Texas’ growth is currently sustained by low-income jobs.

The reality in Texas is about the opposite of what Davis claims. If there is anything Texas has done better than raw job creation, it’s creating high paying jobs. Davis is partially right, we do create more lower-wage jobs than the nation on average. From 2001 to 2012 Texas increased lower-wage jobs by 12.6 percent while the nation gained only 5.6 percent on average. What Senator Davis leaves out is Texas has seen unprecedented growth for higher-wage jobs as well. During the same period upper-middle wage jobs (jobs that pay in the 50th to 75th percentile of wages) increased by 25.6 percent while the nation actually saw a 4.1 percent decline of jobs in the same category. Texas saw similar gains for all jobs above the 25th percentile of wages. All of these statistics are summed up nicely by the Dallas Federal Reserve Bank President Richard Fisher: “The notion that Texas only creates minimum-wage jobs is a myth.”

The most compelling argument against raising the minimum wage is that it is one of the worst ways to attempt to alleviate poverty. Joseph Sabia of San Diego State University and Richard Burkhauser of Cornell University found in a study on the federal minimum wage that a raise to $9.50 resulted 1.3 million jobs lost. Worst of all, these layoffs typically target the people a minimum wage is supposed to help the most. In another study on raising the minimum wage in New York State the two economists along with Benjamin Hansen of the University of Oregon found that the raise resulted in a “20.2 to 21.8 percent reduction in the employment of younger less-educated individuals.”

Education — not an artificial raise in minimum wage — is key to creating sustainable high-paying jobs. Abbott recognizes this and has made it a major part of his platform. For Republicans this election is not going to be about resting on the laurels of previous economic success, as impressive as it may be. The economic growth that Texas has seen over the past decade needs to be translated into real opportunities for students studying here at UT and for many other young Texans. That’s why Abbott has devoted almost half of his platform for governor to education. His plan includes proposals to increase the accessibility of education in the state such as increasing student access to the Texas Virtual School Network, a digital platform designed for high quality education. Abbott’s plan also intends to increase the quality of education with proposals such as increasing research funding by $40 million to Texas universities.

We have a clear choice in this election. We can resign ourselves to economic policy that flies in the face of both experts and the success this state has experienced or we can go a different route for opportunity. Greg Abbott’s strategy of innovative education reform tempered by a proven economic track record is what this state needs.

Alexander Parker a Plan II and business honors sophomore from Plano. He is the communications director of the UT College Republicans.