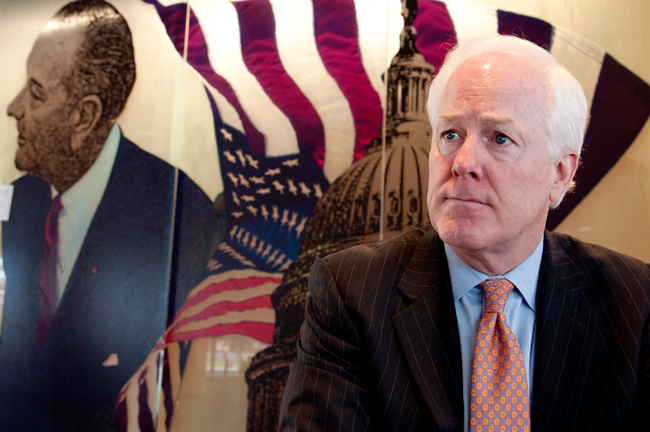 UT made student political organization history last Wednesday as College Republicans, Young Conservatives of Texas, and Young Americans for Liberty gathered together for the first time since the respective groups were created. Featuring guest speaker Don Devine, director of personnel management during the Reagan administration, the night was considered by many to be a raving success.

“We had a great turnout for Mr. Devine,” said Alexander Parker, communications director of UT’s College Republicans. “It was great to see everyone in one room for such an important event.”

Comprehensively, the organizations boast a membership that is not just staggering in scope, but also in ideology. And though the groups are certainly not without their differences, each shares the hope that efforts to collaborate on this front will translate positively for the Republican Party, especially in the upcoming election.

“There are many issues that Republicans — regardless of specific creed — rely on,” Parker said. “It’s a matter of small government and issues that follow. These are the things really integral to this party.”

Even at the campus level, the effort toward uniting the party on polarizing party issues is inspiring — and perhaps indicative of a more large scale, comprehensive party convergence.

And if a potential realignment is possible, now is certainly the time to do it. The number of social issues that have been presented for party ownership within the past administration alone is significant — and the Republican Party would certainly benefit from standing united on these issues. Tacking toward the center is common during such periods of realignment, and likely how the Republican Party will approach its efforts to mitigate polarization. The shift will likely happen by de-politicizing issues that many agree have transcended simple party ownership, such as gay marriage, which has become more an issue of the courts. Regardless of how Republicans choose to move forward, however, the Achilles’ heel of any party is its inability to align uniformly, and vacillating too much on these issues may beget low voter engagement in the process. Republicans will have to tread carefully toward the middle.

Despite grievances surrounding gridlock and last year’s temporary government shutdown, the Republican Party is poised to do rather well in November’s election. And according to pollster Nate Silver, there’s a 60-40 likelihood that Republicans will control the Senate once again. This sweeping upheaval of representatives isn’t uncommon on the heels of an ineffective second term, and following Obama’s underperformance, even Democrats have been eager to distance themselves from the incumbent.

With Obama a political “hot potato” that no Democrat wants to grab, the party is as eager to disassociate itself from the president as, well … his now-teenage daughters.

All that to say: The Republican Party has a window, and it is wide open. But it must be climbed through with thought and consideration. In order to maintain a cohesive, effective party, a system of large-scale convergence on both policy and ideology is very likely necessary.