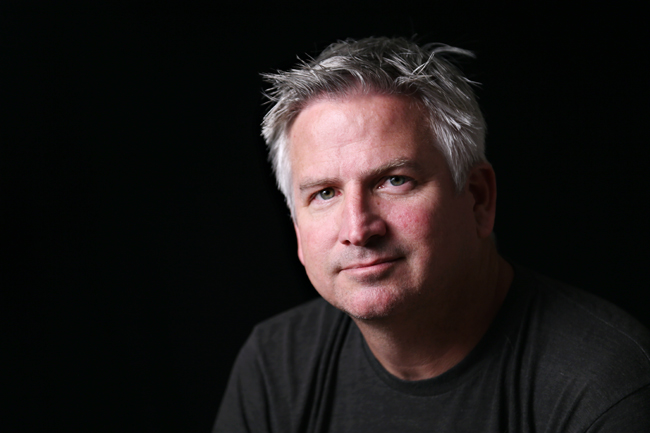 While the Richard Linklater film “Boyhood” has received much attention for being shot over the course of 12 years, the UT Press is promoting and distributing a new behind-the-scenes photography book on the film.

The book, “Boyhood: Twelve Years on Film,” will be available in bookstores Saturday. The book includes black-and-white portraits of the film’s protagonists and the supporting cast, quotes from the actors and behind-the-scenes stills from the film, said “Boyhood” photographer Matt Lankes.

The fictional film “Boyhood” shadowed the actor Ellar Coltrane from the age of 6-18. During those 12 years of filming, Lankes photographed Coltrane and the supporting cast annually, using the same black-and-white aesthetic in each shoot.

In the beginning of the film shoot, Lankes said he did not realize the impact the project would have on his life. Over the course of several years, his perspective changed.

“As I started to look at all the years I had done, it made [the photography project] feel more special to me,” Lankes said. “[The annual photographs] were almost a family affair. It was a labor of love in that sense.”

When Lankes and the producers behind the film decided to launch the book, Lankes said they wanted to hire a Texas distributor and promoter.

“The movie was shot and directed all in Texas,” Lankes said. “The book was shot completely in Texas by a Texas photographer, and we wanted it to be printed in Texas.”

Brady Dyer, UT Press manager of marketing and communications, said the film fitted the publishing company well because of the company’s interests in film studies and photography.

“It’s the kind of book that we’re excited about because the film is doing so well, and we get to work with [producer Cathleen Sutherland] and [Lankes],” Dyer said.

Radio-television-film junior Justin Bregman said the concept of a film spanning over 12 years first made him want to watch “Boyhood.” He said the movie seemed “real and relatable” and that the photographs could have an impact in their own way.

“[The photos] could certainly, if taken with much consideration, give us a sense of where the characters were in life and how they’ve changed,” Bregman said.

“We’ll continue to do a black-and-white photo of him until he gets sick of them,” Lankes said. “It could be 40 years. Who knows?”