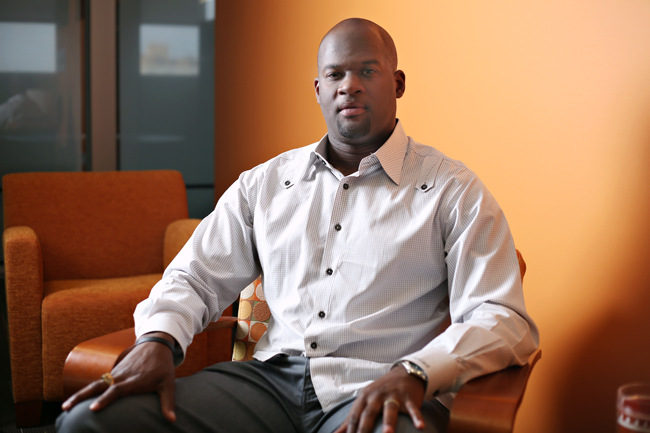 President William Powers Jr., during his first State of the University Address in 2006, pledged to make diversity his highest priority as president — a commitment that led to the establishment of the Division of Diversity and Community Engagement, also known as the DDCE.

Powers, who will step down from his post as University president in June 2015, said he pushed to launch the DDCE in 2006 to improve the learning experiences of UT students and prepare them to work cross-culturally and in diverse environments once they graduate.

The Division, which now includes former Longhorn quarterback Vince Young as a member of its staff, aims to ensure a diverse and welcoming learning community for University faculty, staff and students, said Gregory Vincent, vice president for diversity and community engagement.

“When we talk about community engagement, it is really about connecting the resources of the University to the needs of the community, and whether that’s our local community here in Austin, or even at the regional, national and even, in some instances, international level,” Vincent said.

DDCE currently supports several programs on campus aimed at promoting diversity such as the Gender and Sexuality Center, Services for Students with Disabilities and the Office of Institutional Equity. The DDCE has also partnered with outreach centers in Austin, Dallas, Houston, San Antonio and the Rio Grande Valley to help prepare underserved high school students for college.

Young, who graduated from UT in 2013 with a degree in education, joined the DDCE in August. He said he is responsible for leading fundraising efforts for the DDCE and speaking to children at different schools throughout Central Texas.

“One of my goals was to be a middle school teacher, but the opportunity came here at UT to come be a part of DDCE and to go out and help promote what we’re doing,” Young said. “And basically what it’s doing is helping a lot of diverse kids understand the plans and programs about how to get to college.”

Since Powers created DDCE eight years ago, Vincent said the Division has gone from serving about 300 students in its pre-college programs to about 1,000 students currently. He also said the initiative helped to improve the University’s relationship with East Austin, an area known for its high level of low-income households, through after-school programs and the UT Elementary charter school.

Vincent also said thousands of students are engaged in DDCE’s volunteer activities each year, including “The Project,” one of the largest community-University days of service nationwide.

“We have really expanded the student engagement work, and we’re giving students opportunities to have leadership roles both on campus and volunteer opportunities within the community,” Vincent said.

Powers said he anticipates the next president will continue to support the DDCE, especially in light of federal district and appeals courts ruling in favor of the University during the Fisher v. UT case.

Abigail Fisher sued the University in 2008 when she was denied acceptance to the University because her grades were not high enough to guarantee her admission under the top-10 percent rule. Her defense argued UT’s race-conscious admissions policy violates the Equal Protection Clause of the 14th Amendment since minority students were accepted with lower grades than hers.

“What we know — and this is one of the central arguments in the Fisher case — is that diversity in our student body enriches the learning environment for all students, and having a diverse faculty and a diverse staff helps learning and also helps reflect our mission, because we’re supposed to serve the people of Texas, and, of course, our state is one of the most diverse in the nation,” Vincent said.