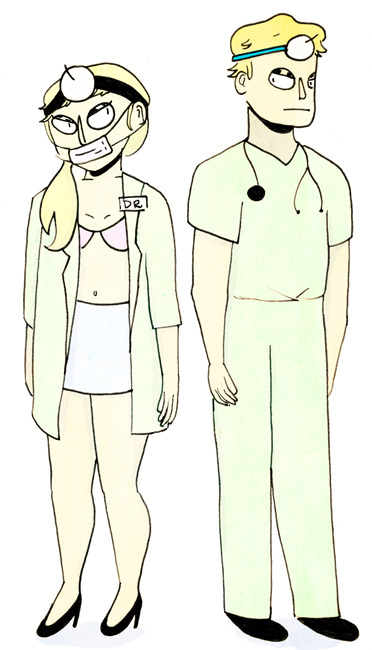 Every Friday, the Gender and Sexuality Center tackles timely feminist topics as a part of their Feminist Friday series. This Friday’s event will address issues regarding a Halloween tradition: costumes.

From the provocative to the most insensitive, costumes will be a subject of debate.

“Well, I think initially the two biggest things that come to mind when talking about Halloween are culturally appropriate costumes and in terms of women,” said Tyler Grant, public health junior and staff adviser for the Student Leadership Committee. “People slut-shame women who wear provocative costumes. At the same time, those tend to be the only option for women, especially young girls.”

According Grant, organizing Friday’s talk began during one of the weekly meetings the Center holds with students. While this week’s Feminist Friday hopes to educate students, the Center will also be holding a screening of “Hocus Pocus” and a session of pumpkin and cookie decorating. The GSC will also have Butterbeer for visitors, providing a sober space to celebrate.

“Well, hopefully they’ll gain a new understanding and kind of a new perspective, and it’ll be a lot of fun, too,” Grant said. “I mean, everybody likes
‘Hocus Pocus,’”

“Since it began last year, the biweekly student-run discussion series has facilitated similar conversations among students,” said Liz Elsen, GSC’s assistant director. “We’ve talked about Halloween [for] two years in a row. It’s one of our more popular discussions because people have a lot to say
about it.”

Although the Center is well-known for its work with LGBT communities and women, Elsen said the Center aims to be inclusive.

“We are a women’s center and an LGBT center here on campus, and we’re open for everybody.” Elsen said. “We’re actually, technically, I think a LGBTQA center because we have plenty of allies who utilize our space.”

For Ilse Muñoz, geography and Plan II senior, finding out about the GSC started with a search for a useful resource.

“I just kind of walked in one day because I heard there was free printing, and, then, I just kind of stayed here,” Muñoz said. “Mostly because I feel a real sense of community with the people that visit here at the Center, and there’s a lot of good stuff about it. I feel like I’ve become a more educated person and have met a lot of really cool people, and I get really good resources here.”

This sense of community and the numerous resources the Center houses have been a draw for students ever since the Center opened 10 years ago.

“We have an amazing library; it’s off the UT library system; we have workstations; we do programming,” Elsen said. “The heart of what we do is — we’re a hangout spot for students, kind of a home-away-from-home.”