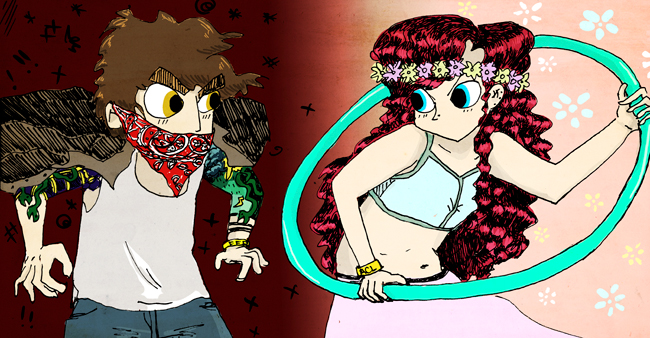 Less than a month after ACL stages are torn down and the mud dries in Zilker Park, the infamous taco cannon is erected in Auditorium Shores, and crowds begin to prepare for Austin’s next fall music festival, Fun Fun Fun Fest.

Year after year, Fun Fun Fun Fest’s selling point is its image as a more genuine, smaller festival experience than Austin City Limits. For advertising
senior Alex Huggins, that’s what makes it worth going to.

“I feel like ACL is trying to be like Lollapalooza or Coachella — they’re trying to be established, and, with two weekends and 75,000 people, they definitely are,” Huggins said. “But then there’s Fun Fun Fun [Fest]. You can tell they’re doing it because they want to do it, and they want to bring artists they’re passionate about.”

Fun Fun Fun’s ninth year will feature music artists such as alt-J, Modest Mouse, Girl Talk, Yo La Tengo, Wiz Khalifa and Judas Priest. In addition, the comedy stage will host Fred Armisen and the comedy group Silicon Valley, and the Bike & Skate stage will host acts such as Ryan Sheckler and Grant Taylor. The festival is the only one in the United States that is split by genre, with a different colored stage for each interest, such as metal, hip hop, indie, comedy and BMX.

For biology senior Carlos Mejia, who has attended ACL six times and FFF four times since he moved to Austin, FFF’s diverse lineup makes it the superior festival.

“The whole thing about Austin is that it’s all about pride — ‘Keep Austin Weird’ and local bands and stuff like that,” Mejia said. “ACL used to be about that — it was a lot smaller with more local bands, not top 40 like it is now. While there are some really cool bands at ACL, I feel like it loses some of the essence of what Austin is about because it’s way too big.”

Although some say it has lost the “Austin” feeling, ACL is ranked on Fuse’s list of the 20 best music festivals for 2014 and sells out weeks before the actual event. FFF opens this weekend, and it still hasn’t sold out.

“I think people just don’t know about it,” Mejia said. “And if they do, they don’t talk about it.”

The New York Times reported that daily attendance for FFF was estimated at 15,000 people, while ACL had a roughly 75,000 person turnout on each of its six days. The smaller crowds make the festival a more rewarding experience for fans who want to get close to the artists.

“ACL loses the intimacy,” Mejia said. “FFF has small stages, and not a lot of people go. You go to ACL, and, a lot of times, you can only see the artist on the giant TVs. FFF doesn’t even have those.”

Beyond the music, being a smaller festival allows Fun Fun Fun more freedom to be playful with their branding. On their website under “Yes and No’s” for what to bring to the event, the creators of Fun Fun Fun have listed “YES twerking,” “YES good vibes,” “YES mullets” and “NO diggity.”

“The way FFF promotes itself is, ‘Hey, we are what we are, and you should come out and listen to music,’” Mejia said. “Meanwhile, ACL is saying, ‘Hey, here are these big bands coming to play, you should pay money to come see them.’”