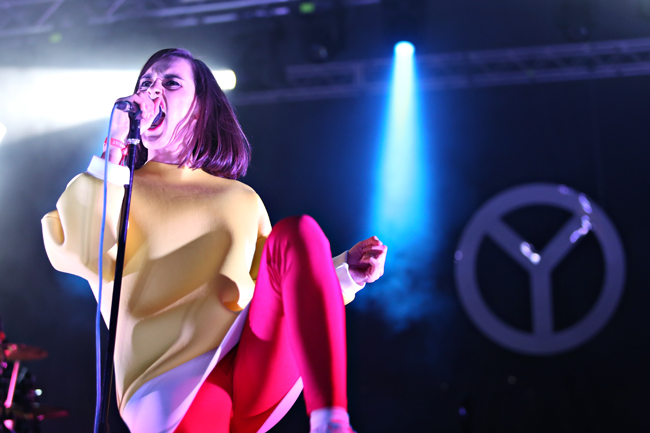 This was the year everything conspired against Fun Fun Fun Fest. Death Grips, Death Cab for Cutie and Guided by Voices all canceled; construction forced the festival to take place in a more condensed area of Auditorium Shores; and computer problems Friday resulted in a wristband check-in line that stretched for blocks and caused a three-hour backup. This was far from the smooth start that Fun Fun Fun Fest probably wanted.

Those problems, however, wound up being negligible once the festival finally kicked off. Fun Fun Fun Fest is still one of the better festivals in Austin; a combination of cool weather and even cooler bands adds up to something that rivals Austin City Limits Music Festival and South By Southwest.

​Usual stadium headliners, such as heavy metal legend Judas Priest and the post-Radiohead experimental rock of alt-J, playing in a much smaller setting Friday was a notable part of what makes Fun Fun Fun Fest a different type of festival experience. Thousands upon thousands of people cheered for indie rock stand-up Modest Mouse when they played the closing set Saturday night until they returned for a final, rare encore of “The Good Times Are Killing Me.”

Julie Budet, member of French electronic duo Yelle, pumped up crowds Friday at the Blue stage with typical Euro-pop flair. On the same stage Saturday night, hip-hop legend Nas needed nothing but a mic and a DJ to remind crowds that he is one of the best to play the game. Fred Armisen, “Portlandia” star and beloved “Saturday Night Live” comedian, took to the Yellow stage Saturday, as well.

​Of course, Fun Fun Fun Fest does not belong to the headliners. It belongs to the smaller bands, who finally receive recognition at a proper festival. SZA performed an airy and artistic form of R&B on Friday that was one of the most beautiful and groovy sets of the weekend. Canadian electro-pop group Majical Cloudz dove into the crowd three songs into its set and would perform there for the rest of their show. Audience members crowded around front man Devon Welsh and sang along to some of the most heartfelt lines of the festival.

​METZ assaulted eardrums with blast after blast of noise rock, resulting in a mosh pit that didn’t let up for a moment. They were topped only by the front man of shoegaze black metal band Deafheaven, who needed to only raise his hands to illicit roaring screams from the crowd.

The taco cannon, a festival staple, made an appearance Sunday night for fans awaiting headliners such as Yo La Tengo and cult followers of Neutral Milk Hotel. The power of these moments was matched by the music, which managed to unite crowds in an atmosphere of appreciation. While Fun Fun Fun Fest will continue to grow in both scope and attendance as the Austin population rises, dedicated fans hope that the festival maintains its current attitude.