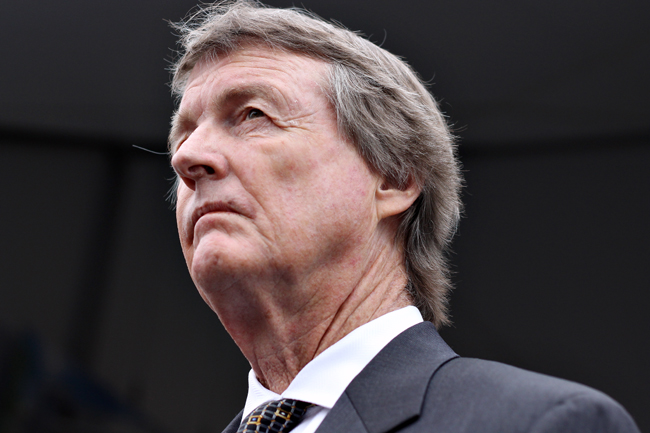 Over the summer, UT System Chancellor Francisco Cigarroa flexed his political muscle by attempting to force President William Powers Jr. to resign in time for the July Board of Regents meeting or face a public firing. The plan backfired, to put it mildly. The student body rallied to Powers’ defense, and the imbroglio culminated with Provost Greg Fenves announcing at a meeting of the Faculty Council that Powers and Cigarroa had reached a deal whereby the former would stay on through the end of this academic year.

Not long after the compromise was struck, the System assembled a search committee to recommend to the regents a suitable replacement. Since the official announcement of its membership, which includes three regents, in mid-September, the committee has met once. This leaves plenty of time for an excellent candidate to be chosen, but the committee members, who are assisted by the executive search consulting firm Spencer Stuart, will have to think carefully and creatively about exactly what sort of leader the University needs next.

The first and clearest delineation will be between internal and external candidates. Native sons and daughters will rightly enjoy a distinct advantage over Longhorn tenderfoots among the UT-dominated search committee. They will have had ample opportunity, particularly if of the aspirational sort, to capture the attention of the 21 individuals acting as filters to the regents and prove their understanding of and loyalty to the University. We imagine that chief among these candidates would be Fenves, the current provost and former engineering dean. (Fenves, for his part, previously had no comment on whether he was interested in the job or being considered for it.)

But the regents, whose allegiances seem to have shifted away from Powers, will likely be biased toward outside candidates. With Powers enjoying less-than-unanimous support from the regents, they may well be looking for someone untainted by his influence. If this is indeed one of their determining criteria, Fenves’ service to the University could, unfortunately, act as an immediate black mark against him; not only does he report to Powers, but he is also seen as a very clear Powers man.

Given the recent hostile environment toward Powers, however, it will take a very special non-UT academic or administrator to want the job. Granted, one might have said something similar about the position vacated by former head football coach Mack Brown, but for reasons of self-preservation, most potentially interested candidates may not want to expose themselves to the same fate as Powers, whose views, at least before his deeply concerning final State of the University Address, were mainstream for the academic community.

That could mean someone from outside the academy. This seems to us the most disturbing possibility. A little business savvy certainly wouldn’t hurt the University at a time of greater reliance on non-state sources of funding, but what the University needs most of all is a leader who will not bend under the pressure of the current batch of mostly anti-intellectual regents appointed by outgoing governor Rick Perry.

In other words, the committee has a challenging task before it: to find a candidate palatable to the regents who won’t kowtow to their business-oriented demands. While we would prefer to see an existing Longhorn installed, we place the greatest value on their independence of mind, because while the worst may have passed, the University still needs a fighter in the Tower.