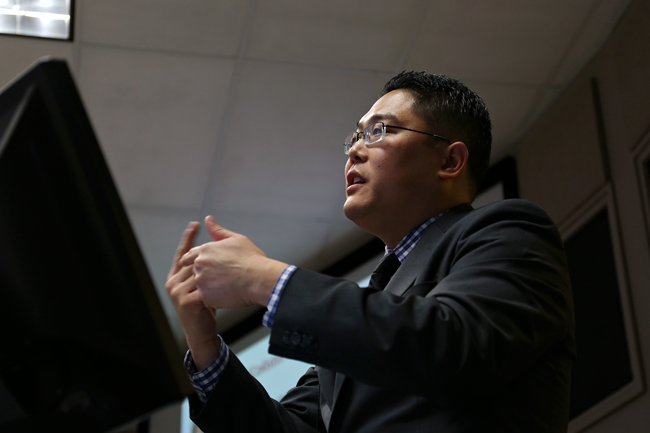 An associate professor from the University at Buffalo spoke on campus Monday about his research in finding new ways to combat superbugs, bacteria that have mutated in response to antibiotics.

Brian Tsuji, an associate professor and director of research of antimicrobial pharmacodynamics at the University at Buffalo, said he recently received an accumulation of grants totaling more than $7.5 million to go toward his research.

“This was a unique opportunity,” Tsuji said. “It’s really just asking the right questions and assembling an outstanding team to drive the medical needs and help folks that have that infection.”

“How can we come up with combinations in the face of resistance that we can actually kill bacteria, and what does that mean clinically,” Tsuji said. “I would contend that bacteria killing matters, and it’s important to clinical outcomes.

“We know Colistin by itself has a very flat profile,” Tsuji said. “To eradicate [the] bug, we brainstormed using a very high dosage in the first period then step down to traditional dosage. So we’d administer 200 percent of the dosage within the first period then de-escalate to a traditional dose. But we want to set the stage for combination because we didn’t completely obliterate bacteria.”

Tsuji’s ultimate goal is to use one antibiotic and then add another antibiotic under novel dosages of regime.

“If we push that dose to increasing 250 percent by using polymyxin front-loading regime coupled with this hour standard regime we actually can kill more organisms, and we can flip this coin of killing to resistance,” Tsuji said.