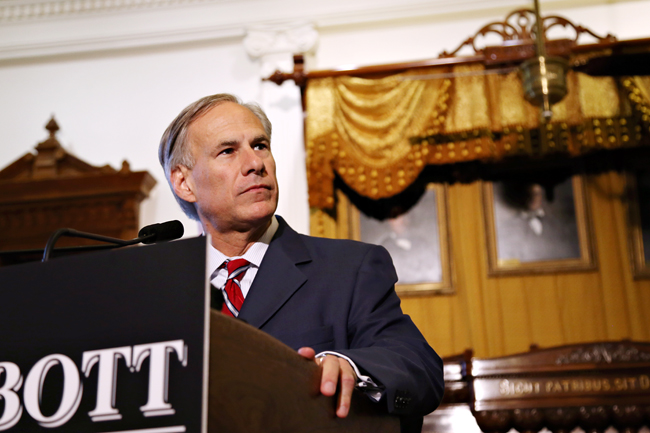 For the first time since Gov. Dolph Briscoe left office in 1979, come January, Texas will have a Longhorn as governor. Greg Abbott, who will take office in about two months, has mostly been cast off by those all over the spectrum as politically indistinguishable from current governor, Rick Perry. However, to do so would be to ignore the significance of Abbott’s educational history, and how it would affect his decisions regarding higher education.

Perry’s policies, in a word, have been a train wreck for the University. He has fought time and time again to turn this university into a second-rate trade school, particularly through his messy proxy war with President William Powers Jr. Backed by moneyed interests with a stake in businesses hoping to carry out many of the University’s functions, Perry has appointed regents — namely Wallace Hall — who have schemed to remove Powers and second-guessed the decisions of the university administration in any way they could. We are cautiously optimistic, however, that Abbott will not continue down this deleterious path.

Unlike Perry, Abbott is not so ideologically opposed to the humanities. His campaigns have not been so heavily underwritten by, nor as closely associated with many of these individuals with a stake in dismantling the University.

Three positions on the Board of Regents — those currently held by Gene Powell, Steven Hicks and Robert Stillwell — will come up for reappointment in February, just weeks into Abbott’s term. It will be up to him to fill these posts, either with ideological crusaders like his predecessor or academic-minded advocates for the University, like many other governors in the past.

As it happens, Powers will also be gone just a few months into Abbott’s term, with his replacement taking office around June. Chancellor Francisco Cigarroa, no stranger to controversy himself, is also leaving office at the end of this semester. What happens to the University in the next few months could set the stage for the long term, with implications to be felt for a number of years.

In his unprecedented 14 years in office, Perry has done what no other governor has ever come close to doing: He has packed every nook and cranny of the state’s higher education apparatus with his appointees. Unfortunately, for the most part, those appointees do not do the University much good. Abbott immediately has a chance to change that, and we sincerely hope he will make a change for the better.