UT freshman works to provide home for the homeless 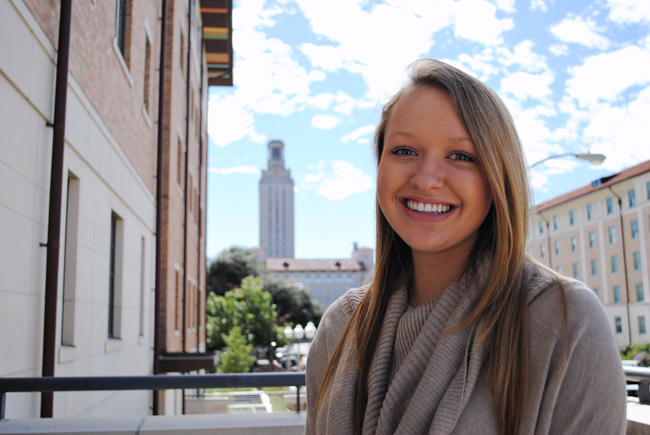 Business freshman Morgan Moulckers and a local nonprofit are working to provide the chronically homeless in Austin with a stable community in which they can thrive.

Moulckers started her fundraiser, “Bringing the Homeless Home,” in October. She hopes to raise $25,000 to move two chronically homeless people into a trailer provided by Mobile Loaves & Fishes, the local organization behind Community First! Village.

“With everyone’s hard work, we ended up raising over $12,000,” Moulckers said. “Enough to move a family into one of Mobile Loaves & Fishes’ trailers.”

At Community First! Village, residents work in the garden to provide fresh, organic foods for the community.

Sarah Boettcher, director of Mobile Loaves & Fishes’ volunteer program, said the program’s original mission was to go out in trucks and provide food and other resources to the homeless.

Mobile Loaves & Fishes began placing single, chronically homeless people in RV parks around Austin, but Boettcher said these people needed to be placed in a purposeful and supportive community to remain on the right track.

“We’re just trying to create a space where people can come and feel loved — feel settled and like they have family — because that’s why they are on the streets,” Boettcher said. “There’s been a breakdown of [family ties] somewhere.”

The village will provide homes ranging from $110-$340 per month. In addition to housing, the village boasts a community garden, a workshop and an art house.

“The majority of the people on the streets are not W-2 employable, but, as Americans, we’re constantly trying to fit a circle into a square peg,” Boettcher said. “We’re thinking of creative ways for them to be able to work because we realize that, even for us, what we do kind of holds our identity and, in a sense, brings out security in us.”

So far, Moulckers has begun to raise funds through online donations at Mobile Loaves & Fishes’ website. Her sorority, Alpha Chi Omega, will also host a philanthropy event for the cause soon.

Business freshman Nadia Vlieger is helping design T-shirts and plan events for the fundraiser. Vlieger said just being around the UT campus her first year helped her understand how important Mobile Loaves & Fishes’ work is.

“I didn’t realize how prevalent homelessness was until I saw it along the Drag,” Vlieger said.

Over the summer, Moulckers was able to visit the couple living in the trailer she helped finance. They told her about life on the street, how their possessions had been stolen, how they were chronically unemployed, and how they just couldn’t make ends meet. Moulckers said the couple teared up because it had been so long since they felt secure.

“I could see the impact after actually moving the family in,” Moulckers said. “How only $12,000 can transform a family’s life and give them a whole new future.”