Where are they now: Texas guard A.J. Abrams 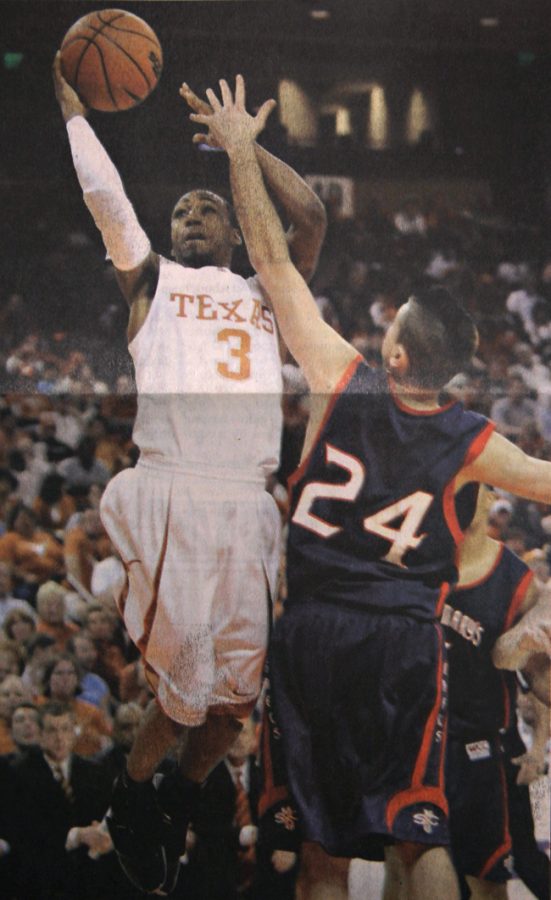 A.J. Abrams was one of the purest shooters Texas basketball has ever had.

He made 389 threes in his four-year career — a Big 12 record and 17th all-time — while shooting at a 40 percent clip. At the charity stripe, he drilled in over 86 percent of his shots.

But since his time at Texas, few have heard his name.

Now, at 28, just five years removed from wearing the burnt orange jersey, Abrams is an local realtor at JBGoodwin Realtors.

The 5-foot-11 shooting guard was just that — a shooting guard. He shot 976 three-pointers in his career. He also took 647 shots underneath the arc.

“A.J. is one of the best shooters I have ever seen,” Texas teammate D.J. Augustin said back in 2007. “He’s a great player. [Opponents] have to guard him, which opens up lanes for myself and others.”

After four years of knocking down the long ball, Abrams entered the 2009 draft with an outside shot at being drafted.

“The little guy can shoot,” Chad Ford said in his analysis of Abrams for ESPN before the draft. “He’s still a second-rounder at this point, but given his lack of size and position, that’s saying something.”

The undersized guard with “questionable point guard skills” was never drafted. Abrams made his way around the NBA Summer League circuit but never signed to a team, instead finding his way to Europe for four years.

“It was an amazing experience where I got the opportunity to play the game I love, as well as travel all over the world,” Abrams said of his experience in his LinkedIn profile.

He played a season in Italy and one in Greece before finishing his playing days with ČEZ  Basketball Nymburk in the Czech Republic, where he won the 2011 and 2012 championships He returned to Austin in 2013 and finished his degree in applied learning and development.

Upon graduation, Abrams began a career in sales, which ultimately led him to real estate. He now lives in Kyle, a few miles south of Austin, with his wife, who is a teacher and coach at Lockhart Middle School.

Abrams is still active in the Austin community. He often helps with youth basketball camps and contributes to Horns247 as a basketball analyst.