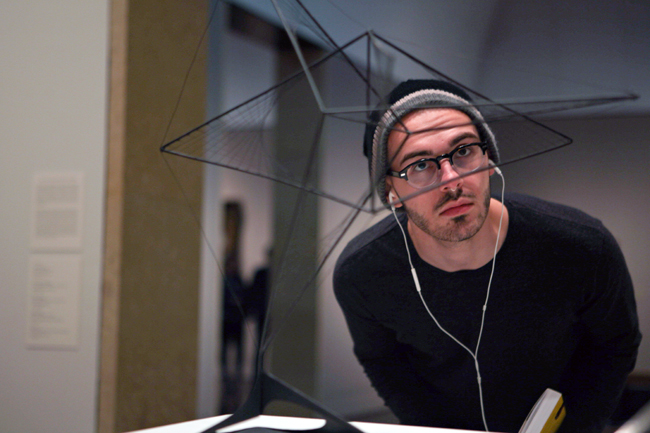 The Blanton Museum of Art is creating a fund to pay for reinstallation of the museum’s nearly 18,000 works of art.

The fund, called Judy and Charles Tate Director’s Excellence Fund, is named in honor of two UT alumni who donated their collection of modern and contemporary Latin American art to the museum earlier this year. The fund will be supported by earnings from the Longhorn Network, which also supports seven academic chairs on campus.

“The Tates, as a couple, are fantastic supporters of the University, and they have a tradition of really going above and beyond in finding creative ways to support UT,” University spokesman J.B. Bird said. “They’ve given us not just their financial support, but their wisdom and counsel in working with a number of organizations across campus.”

The fund will go toward re-hanging and rearranging the museum’s holdings and adding new materials to enhance visitor experience and appreciation, in addition to projects aiming to raise the profile of the Blanton on a national scale. The project will also include the installation of several never-before-seen or rarely seen works of art.

“The Blanton’s holdings serve as a vital resource for students, scholars and members of the Austin community, and we are thrilled to have the museum’s curators and educators reinterpret our collection, giving it the spotlight it deserves,” Blanton Director Simone Wicha said in a press release.

Kathleen Stimpert, media contact for the Blanton, said it is customary for museums to reinstall their collections of art every few years to keep things fresh.

“The way that the works are interpreted and, ultimately, experienced by the visitor will be very different,” Stimpert said. “They will be hung in different galleries; there will be new interpretation vis-à-vis gallery labels, and there very likely will be new technology integrated into the galleries.”

Part of the museum’s permanent exhibitions on the second floor will be close in summer 2016.

Editor's note: This article has been updated from its orginal version.