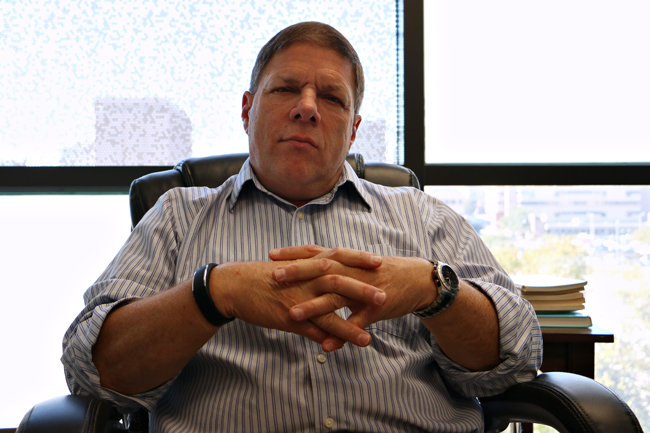 People with psychiatric disorders smoke over 44 percent of all cigarettes smoked in the nation, according to the National Alliance of Mental Illness. Researchers at the University received a $3 million grant to help them quit.

The grant was awarded to nursing research professor Richard Brown by the National Institute of Mental Health to create a project to work with psychiatric patients who smoke. The project, titled “Extended Care for Smoking Cessation Following Psychiatric Hospitalization,” will use a series of motivational tactics and interventions to help the subjects quit smoking.

Brown and his team will work with a total of 422 subjects from the Seton Shoal Creek Hospital in Austin over the course of five years. The concept was inspired by a former study at the Massachusetts General Hospital, which showed patients who followed through with intervention tactics after leaving medical facilities were more likely to decrease cigarette dependency.

According to Brown, there is a common misconception that without their cigarette addictions, people with psychiatric disorders will see their conditions worsen.

“A lot of mental health professionals got the message that, ‘I don’t want to let my patients quit smoking because that will make them worse,’” Brown said. “The evidence now is pretty clear that they’re either not going to get worse, but may even get better.”

Brown said although there are many reasons for why people smoke cigarettes, there is mixed evidence around people with mental illnesses who use nicotine to self-regulate their own moods.

“Ironically, often times when people quit smoking, they feel more relaxed,” Brown said. “When you smoke cigarettes, you’re in a constant state of withdrawal … you’re on a constant cycle of dosing yourself and then withdrawing, which actually creates stress.”

Ashleigh Smith, research coordinator at Seton Healthcare Family, said the subjects’ diagnoses will range from a number of mental illnesses.

“A lot of people smoke, especially in those serious diagnoses,” Smith said. “They have life spans that are significantly shorter than the general population, and we’re trying to see if this approach will help them stop.”

“Our latest results, which was in the fall of 2013, showed that over 64 percent of our students have never smoked cigarettes, and only 2.4 percent have used them every day in the last month,” Bell said.

Brown said the high-stress environment of college could make students more susceptible to picking up smoking habits, but he said the University’s ban makes it easier for them to quit.

“Not being able to smoke in the workplace or [on] campus is one of the factors that people often cite for their reasons of quitting,” Brown said. “The other thing is that people often find it easier, once they adjust to the restrictions … to quit smoking [as a result].”