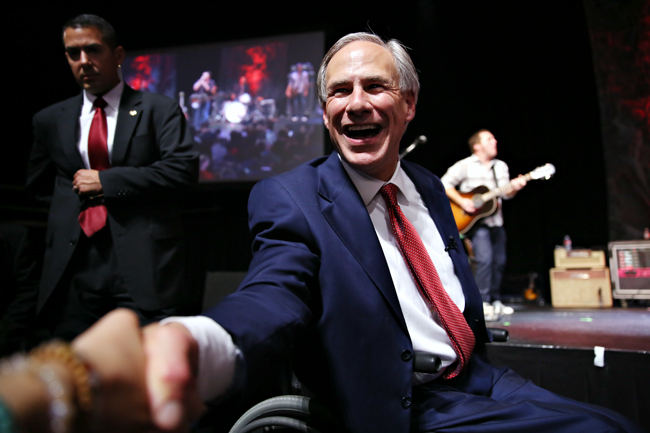 When Greg Abbott laid out his higher education plan in September, he said affordability would be key. With Abbott now set to become governor in January, Barry McBee, UT System vice chancellor and chief governmental relations officer, said he thinks Abbott will work toward that goal.

“Affordability is going to be on the mind of any Texas governor,” McBee said. “My sense is that he sees affordability as ensuring students can move through college and attain a high quality education in as quick a time as possible.”

According to State Sen. Judith Zaffirini, D-Laredo, Abbott will need to balance affordability and efficiency with providing high-quality education in his new term.

“I believe that Governor-elect Abbott will prioritize research, that he understands the value and is committed to excellence,” Zaffirini said. “He shares the enthusiasm about issues like affordability and accessibility and cost efficiency and productivity. We all support all of those concepts but not at the expense of excellence, and I hope Abbott shares that perspective.”

In his higher education plan, Abbott, a UT alumnus, focused on using online courses and accepting community college credits at four-year institutions as a means to make college more accessible. Zaffirini, who serves on the Senate Committee on Higher Education, said she can see the value of online courses, but that they shouldn’t take the place of person-to-person education.

“I believe that online courses are important and valuable, but we need more than that,” Zaffirini said. “Sometimes the options provided by online courses aren’t good enough. I believe it has its place, but it is not a cure-all, and, on its own, it is certainly not satisfactory to meet standards of excellence.”

Victor Sáenz, education administration associate professor, said Abbott seems to be following in his predecessor’s steps in regard to higher education.

“I think that he is definitely … on the surface pursuing similar policy ideas, [with] more of a move toward a performance-based budget and funding in higher education,” Sáenz said.

One of Abbott’s early responsibilities as governor will be appointing three new members to the UT System Board of Regents. Zaffirini said those decisions play a huge part in shaping higher education in Texas.

“The appointments are certainly some of the most important,” Zaffirini said. “Higher education is so important to the future of our state. It defines excellence. It defines our future goals.”

Citing regents Steve Hicks and Robert Stillwell, Zaffirini also said, if Abbott appoints regents of the same caliber as some of Gov. Rick Perry’s appointees higher education will benefit. She said she does hope to see a change in the board’s methods of operation.

“The people typically appointed are passionate about their alma maters, and they should be,” Zaffirini said. “You have people enthusiastic about serving, and what’s important is that every appointee understands the standards of governance.”

McBee said he looks forward to working with the governor-elect.

“We were encouraged by a number of elements of Governor-elect Abbott’s plan,” McBee said. “First, the desire to elevate research institutions like UT-Austin as the flagship for the UT system and for emerging UT institutions. We look forward to working for him in that regard.”