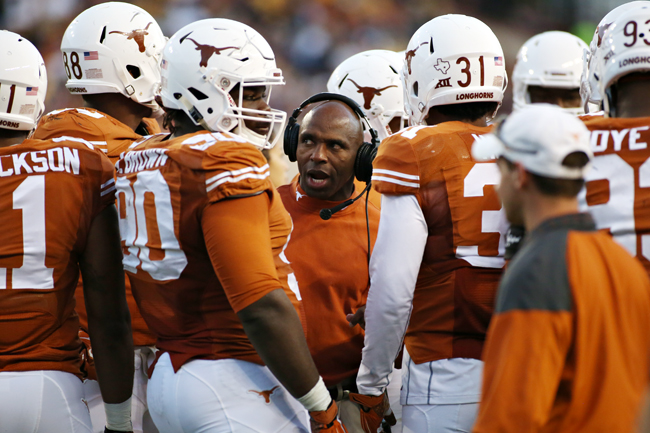 The relationship between a player and coach at the collegiate level is unlike any other bond.

Many college athletes are able to attend school only because of their ability to play a sport, and, typically, it is their coach who recognized that talent and provided them with the opportunity to gain a post-secondary education.

Coaches often act as father, or mother, figures for athletes who come from tough upbringings and are usually mentors to players outside the field of play, just as much as they are teachers on it.

But these coaches are paid to do what they do, and their livelihoods depend on the success of their athletes, so it’s not uncommon for them to play the role of harsh disciplinarian. They often scream and holler at their student-athletes, pushing them to their absolute physical limits. And athletes expect it.

Therein lies the challenge coaches around the country face each day. They must each find a way to motivate their players and push them to improve and produce on the field, while maintaining their respect and serving as a leader whom players feel comfortable approaching off the field.

Mack Brown, former Texas head coach, was as good as anyone at finding that balance through the first three-quarters of his tenure in Austin, developing a reputation as a happy-go-lucky southern gentleman, whose players loved to win for him. But, as his teams failed to produce in his final four years on campus, Brown was all of a sudden accused of being too soft on his guys.

The hiring of Charlie Strong symbolized the end of anything soft on the 40 Acres, as he quickly went to work, instilling his core values and removing anyone who didn’t abide by them. Being the opposite of Brown, the initial fear was that Strong’s no-nonsense approach would rub some of the team’s veterans the wrong way, causing the disciplinarian to quickly lose the locker room.

However, much as when Brown first arrived, Strong and his staff appear to have found the perfect balance. Despite his team’s struggles and the possibility of missing a bowl game, Strong’s players continue to preach their admiration for the new regime.

“[The coaches] respect each and every guy by the type of person he is,” senior defensive back Quandre Diggs said. “I think they can relate to everybody just by the way they act.”

“The way they act” is much different this year. Under Brown, entrance to the coaches’ wing of Moncrief-Neuhaus Athletics Center required a code. Upon his arrival, Strong had all such barriers removed, opting instead for an open-door policy among his coaches and encouraging players to stop by whenever they please.

That’s just one example of how the new staff has quickly built a strong repertoire with its players.

“I can tell you, I’m about to go sit in those guys’ office right now and look at some film.,” Diggs said. “There are things I wasn’t able to do my first three years here.”

It speaks wonders that Diggs and his fellow seniors have already bought into the new regime’s hard-nosed style. After spending several years playing for a man who couldn’t be more opposite, the team’s veterans have quickly adjusted to Strong and company’s different approach.

“They do a good job of letting everybody know that they truly care about you, that they want to relate to you,” said senior linebacker Jordan Hicks, who spent four years playing for Brown.

It’s a unique relationship, the one between player and coach, but Strong and his staff seem to have rapidly established a good one, and the players appreciate it.

“It’s important to have that relationship with your coach,” Diggs said. “We don’t take that for granted.”