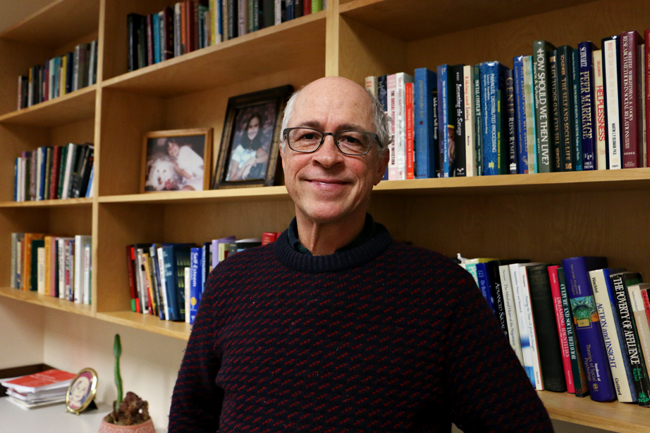 Psychology professor William Swann Jr. and Oxford University professor Harvey Whitehouse conducted research on the strength of bonds developed by rebels on the front lines during the Libyan revolution in 2011.

The surveys looked at armed revolutionists on the front line and compared them to non-fighters, such as vehicle and ambulance drivers. In the survey, front-line fighters were more likely to report that their bond was stronger with their battalion than with that of their own families. Oxford associate professor Brian McQuinn and Michael Buhrmester, psychology doctoral student at Oxford, assisted Swann and Whitehouse in the study.

Swann observed the fusion of groups by studying how and why rebels joined and stayed with groups, using their extreme pro-group behavior to predict whether they had an impact on radicalization.

According to Swann, McQuinn was the first to go over and take surveys on the ground. A month or two later, Whitehouse followed behind to add to the surveys.

Although McQuinn used this study toward his doctoral research, his work experience had familiarized him with situations such as the revolution in Libya. He served for 12 years as a dialogue and conflict prevention adviser in 14 nations. He also served on international organizations, such as the United Nations and the Carter Center.