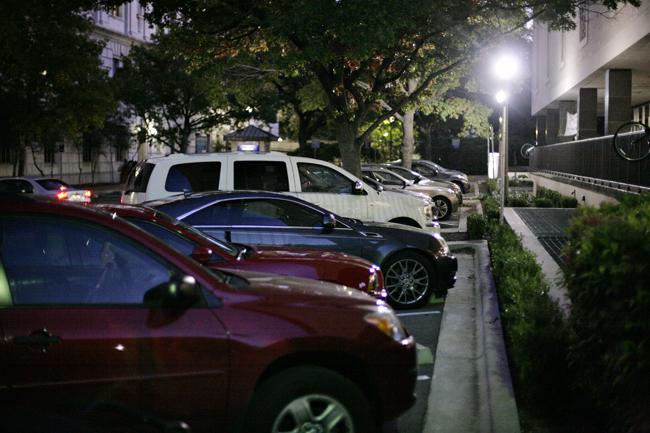 Parking and Transportation Services officials say they anticipate a reduction in the number of parking citations they issue over the next few years because of a plan to address the University’s parking assets and reduce surface parking spots on campus.

Bob Harkins, associate vice president for campus safety and security, told The Daily Texan last week that, under the 2012 Campus Master Plan — which outlines development of the University campus for the next 30 years — the University intends to construct buildings on current surface parking lots, creating the need for the construction of more parking garages. PTS is also planning to propose increased parking costs to help fund the new parking garages, he said.

Dennis Delaney, PTS events/operations manager, said PTS has already seen a decrease in parking citations, as more buildings and projects have taken up parking spaces over the past few years, and he anticipates seeing a further decrease with the implemented parking plan.

“As parking spaces are more concentrated, this would limit the number of locations that a violation can occur,” Delaney said.

Delaney could not provide an average number of daily citations, but he said the department issued 37,923 citations last year.

According to Delaney, failing to pay a meter and failing to display a valid permit are the two most commonly issued citations, with some areas around campus more prone to citations than others.

“The meters off University [and San Jacinto] Boulevard have a high concentration of citations,” Delaney said.

According to UTPD spokeswoman Cindy Posey, UTPD does not issue parking citations but can issue criminal citations for violations of University parking and traffic regulations.

According to PTS director Bobby Stone, PTS is a self-funded auxiliary department of the University, which means that no faculty or staff salaries or tuition dollars go toward supporting the parking system.