Film critic discusses impact of ‘Gone With the Wind’ 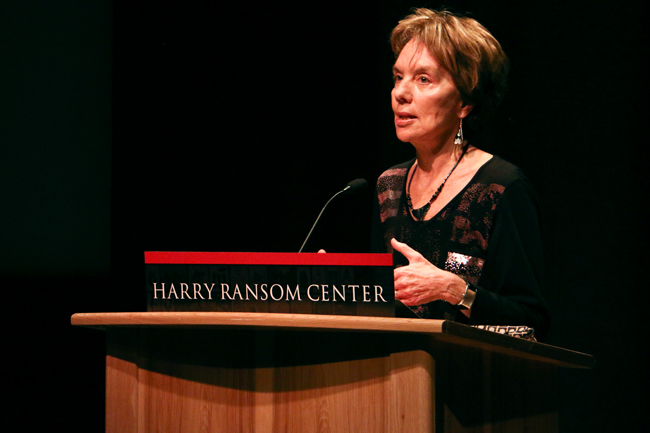 Author and film critic Molly Haskell spoke at the Harry Ransom Center on Wednesday about the impact of “Gone with the Wind,” as part of the center’s current exhibition on the making of the film.

According to Haskell, the controversies that arose while making the film, such as finding ways to depict race and gender, made the production of the film more difficult. Despite the controversies, Haskell said the efforts of author Margaret Mitchell, producer David Selznick and actress Vivien Leigh made the movie successful.

Haskell said the character of Mammy, played by Hattie McDaniel, represented African-American women as strong matriarchal figures, which was unconventional during that time.

“The whole issue of race is horrifying in certain ways, but I think we’ve gotten enough distance from it that we can look at it in its time,” Haskell said. “[McDaniel] said, ‘I’d rather get $700 a week playing a maid than $35 a week being one.’”

Haskell said many women identified with Scarlett because they also worked to keep their families together during the national crises of the Great Depression, which was nearing its end when the film was released in 1939.

“In the Depression, the men were out of work, and the women would make crafts and did sewing in order to make money,” Haskell said. “It sort of fell on them. Women had gotten a taste for work.”

“I think you see it more in people like Madonna and Lady Gaga and Beyoncé,” Haskell said. “They’re power girls in the way that they combine their life
and profession.”

She also talked about the changing roles for women in film since the 1940s, or the “Golden Age” of cinema.

“I think there are some great women’s roles in movies, but they’re not the kind of star roles that you used to have in the ’40s,” Haskell said. “You have great people [now] like Cate Blanchett or Jennifer Lopez, but they play very different kinds of roles that aren’t just strong, tough, determined.”

Haskell emphasized the importance of continuing the discussion of the film, which was set in the 19th-century American South.

“It’s a question, I think, of trying to create a past to bring a country together, and, of course, you do it as a great cost,” Haskell said. “It started a conversation that still is going on, and I think that it’s important for that conversation to go on.”