Science Scene: Condom failure could be attributed to incorrect application 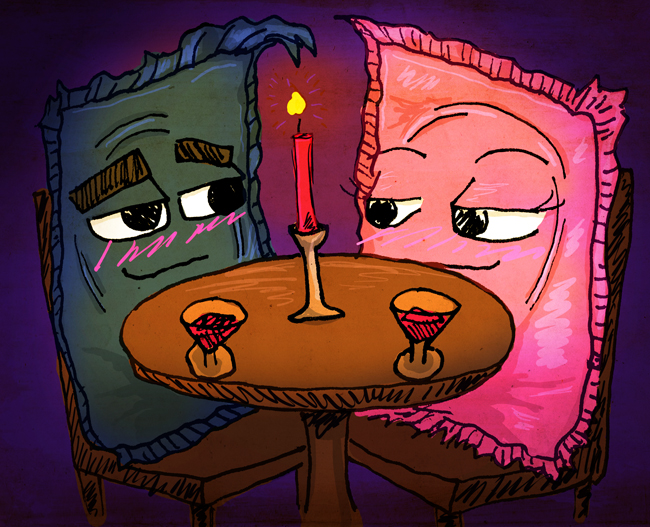 A 2012 Huffington Post article named UT the number one “Most Sexually Liberated College” in the country. While this distinction has yet to make it into the Longhorn promotional materials for parents of prospective students, it is one to own with pride.

Sexual liberation comes with its share of responsibilities. Increased sexuality can lead to unexpected pregnancies and diseases that range from embarrassing to potentially deadly. Fortunately, such negative consequences are largely preventable with latex condoms, which are effective, easy to use and free to UT students in SSB 1.106.

A 2012 paper published in the journal Sexual Health reported that the methodology employed for studying condom use skews results to make condoms seem less effective at preventing disease than they actually are.

The studies the paper references are based on self-reported data where subjects are not necessarily using condoms every time they have sex. Oftentimes, people use condoms with a new or one-time partner but would not with a more committed partner. This is fine, unless the committed partner has an asymptomatic case of chlamydia.

A study can report condom failures even if the subject was infected when they were not using a condom. Logically, condoms have a higher tendency to fail when they are not being used.

Condoms are 98 percent effective in preventing pregnancy when used properly, though this number is somewhat misleading. It does not mean that there’s a 2 percent chance a given condom will fail. Instead, it means that only 2 percent of fertile, heterosexual couples will encounter a pregnancy over the course of a year if they correctly and consistently use condoms, independent of the number of times they have sex. Because of limitations of the survey-based studies, the actual percentage of condom effectiveness is reported at lower than 98 percent, although that is at least partially because of improper use.

A small survey done at Indiana University asked college-aged men questions about how they used condoms in practice. Their usage was far from perfect. Forty percent of respondents did not always leave space at the tip, which can result in condom breakage. Other errors included the 30 percent who initially put condoms on backwards before flipping them over. Forty-three percent reported having applied condoms after sex began, and 15 percent removed the condom before sex ended. Additionally, 61 percent did not make a habit of checking expiration dates; 75 percent failed to check for visible damage before using their condoms; and 42 percent reported being in situations where they wanted to use a condom but did not have one around.

Another study published earlier this year found condoms less likely to break or slip when men applied them correctly. The researchers could not confidently offer any explanations for the effect but did observe that more incidences of STI contractions in the groups where women applied condoms. They conclude that more research is needed, but it is a safe bet that better condom education for both men and women will improve efficacy.

UT may be the most sexually liberated college in the country, but only if the students ensure that it is also a sexually safe environment. Fortunately, that can be as simple as making sure to always have condoms on hand and using them correctly with consenting partners.