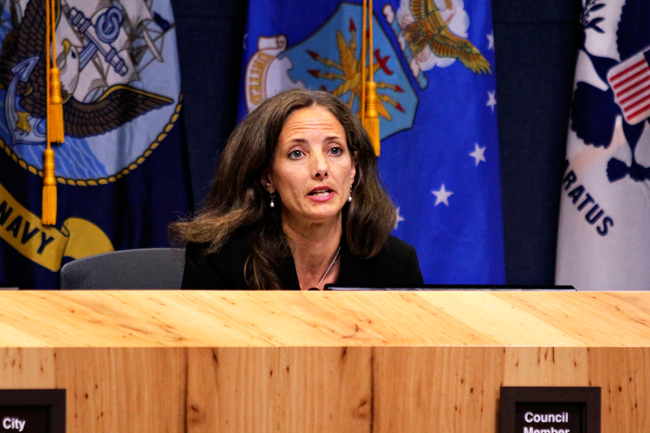 In looking at the land development code rewrite Thursday, the Austin City Council voted 6-1 to approve Approach 2, known as “The Deep Clean,” which reformats the code with a medium amount of rewriting. Mayor Lee Leffingwell voted against it and said he supported the more extensive option of Approach 3, “The Complete Makeover.”

The initiative, known as CodeNEXT, had three options to approach revising Austin’s land development code. Opticos, the city planning consultant hired by Austin to aid in the code rewrite, recommended “The Deep Clean” because it would take less time to execute than “The Complete Makeover” but would still hit many goals the city had in rewriting city code.

Council member Bill Spelman said he was concerned about the symbolism each option held after so much discussion.

“It seems to me the issue has been clouded to some extent,” Spelman said. “The way the issue has been framed — to take Approach 1, Approach 2, Approach 3 — very early became symbolic and political. We lost sight of the fact that we were talking about a scope of work for a particular contract, and it was not necessarily the same as, ‘Will this work better?’”

Spelman moved to adopt the second approach with a few amendments. He proposed to allow consultants to be more far-reaching when they decide how to rewrite the code.

“Coming up with new material is going to be more difficult for us than for Opticos,” Spelman said.

Spelman added that the medium ground of “The Deep Clean” does not mean city staff cannot extensively rewrite where they see the need.

“They should not feel constrained to some moderate level of review just because it said so in ‘The Deep Clean,’” Spelman said. “If they believe there needs to be more extensive review in a section of the code, they should do so.”

“It’s very useful to have a discussion about where the consultants begin to hand over the reins to the staff and empower them,” Tovo said. “That’s what I see is the main piece that you’re adding here.”

Council member Laura Morrison said she supported Spelman’s revised version of “The Deep Clean” but asked to add a few things to the motion.

“In terms of the rewrite being extensively rewritten, we’ve had a lot of input from landscape architects that we’re leaving the sustainability as a focus on the wayside,” Morrison said. “I would like the rewrite to have a focus including green infrastructure and sustainable water management. I think with the extensive rewriting, you need to get some of these things in there.”

Leffingwell said while he understood Spelman’s amendments to “The Deep Clean,” it was not enough.

“I am persuaded by Spelman’s comments made yesterday at a public forum,” Leffingwell said. “He recounted a situation a number of years ago when there was an attempt to clean up the code, and, as they went through it, that people suggested to change this, modify that. And the end result is very little got done at the end of the day. And I think that’s what will happen with option 2. I still support that, so I’m going to vote no.”