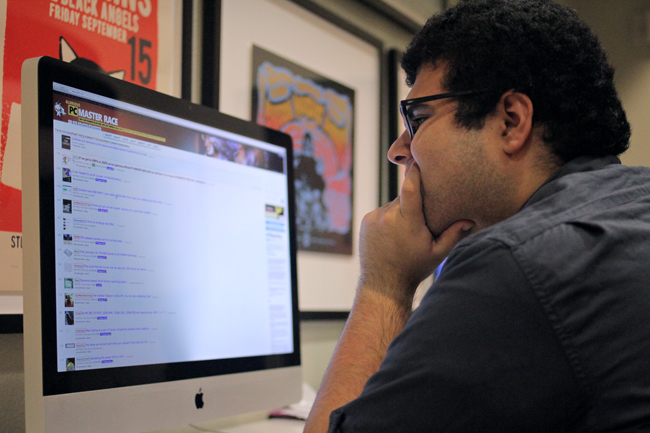 Students in West Campus now have the option for a gigabit Internet service that, while present in parts of Austin, has not been available in the area for residents to purchase.

Grande Communications is the first service provider to bring gigabit Internet to West Campus, beating other providers to the area. Grande said the new service provides Internet that is 10 times faster than its current Internet plan. Grande’s gigabit service has been offered since February in other parts of Austin and costs $64.99 a month.

“It’s available now,” said Matt Rohre, senior vice president of operations and general manager for Grande. “Everyone else is talking about theirs, and ours is there. People are using it.”

“We know students, as much as or more than anyone else, truly value a great Internet experience,” Rohre said “It was adjacent to our existing territory and kind of a logical progression for us to go [to West Campus] and make the service available in that area.”

Google Fiber announced its Austin pricing plan Monday. The company’s services will start in Austin in December but, at this time, will not be offered in West Campus. Mark Strama, head of Google Fiber Austin, said Monday that the service could become available to students living in the area in the future.

Emma Duffy, accounting and finance junior, said the high-speed Internet would be helpful since the Internet in her West Campus co-op is inconsistent. She said she would be willing to pay for the service.

“Students use a lot of streaming services and faster speeds are good for that,” Duffy said. “My connection is a bit annoying at
the moment.”

Despite Grande’s service being available now, Corey Monreal-Jackson, human development and family sciences junior and West Campus resident, said he does not plan to purchase the service from Grande. He said he would only pay for the gigabit services if Google offered them, even if services are comparable.

“Google’s a buzzword,” Monreal-Jackson said. “You hear Google and you already are for it because, whether or not they truly are the best, they are going to be known as the best regardless of the services they offer.”

Karen Munoz, undeclared freshman and West Campus resident, said, while services like the gigabit Internet are nice, they are too expensive and are unnecessary for students.

“I think that’s too much for Internet,” Munoz said. “Right now I don’t pay anything where I live, and my Internet seems fine. I don’t think it’s slow or anything, so I wouldn’t buy it.”