TBT: The novelty gag gifts of seasons past 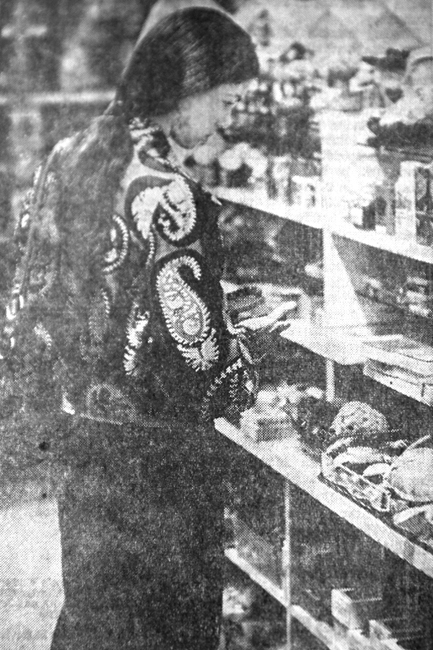 The holiday season has returned and, with it, the culture of gift giving. Soon, millions of Americans will be trudging through malls and outlets, partaking in the annual gift shopping tradition. Some holiday gifts are personal and heartwarming, but we are all familiar with the novelty present: gag gifts, which elicit giggles rather than sentimentality. Far from a new fad, this novelty gift has been popular since the ’70s.

With the gift-glorifying season upon us, The Daily Texan takes a look back at an entertaining gift guide written by Hartley Hampton and published in The Daily Texan 43 years ago. In a brief article enthusiastically discussing antiques and ceramics, Hampton champions the trivial and absurd. Hampton’s guide offers a lighthearted alternative to the sincere and extravagant presents gifted in holiday seasons past.

Both educational and entertaining, Hampton said a novelty gift should be “as practical as a partridge in a pear tree” and suggests purchasing “a genuine life-sized ceramic replica of one of Hannibal’s war elephants,” which, Hampton adds, “is available in many Austin department stores.”

Hampton’s fixation with ceramic animal figurines does not end there.

“Or what about a ceramic armadillo?” Hampton suggests. “Armadillos are big this year in Austin, and this would be the perfect gift for the student government president on your list. Besides, armadillos are peaceful, ecologically minded animals and cheaper to maintain than a Longhorn.”

If ceramic animal figurines do not appeal to you, Hampton said the indistinguishable antiques were a big thing that year.

“For about 130 [dollars], you can get one that is guaranteed impossible to identify as anything,” Hampton said.

Already anticipating his influence over the shopping habits of his peers, Hampton advises that anyone who does receive a “white ceramic replica of Hannibal’s war elephant” should gift back a pillow.

“Pillows with happy faces on them have also been big this year, but, now, pillows with unhappy faces are hitting the market,” Hampton said. “Which shows what kind of year 1972 might be.”

“It is ceramic, of course, and features a picture of Richard Nixon bordered by completed gold trim,” Hampton said. “Sources say you put in a dime, it changes into a penny.”

Though the “two-liter sheepskin wine bags” and “Heinz pickles that you can pedal around the neighborhood like a bicycle” of 1971 have since been replaced by whoopee cushion and 3-D animal butt magnets, the novelty gift-giving tradition continues.