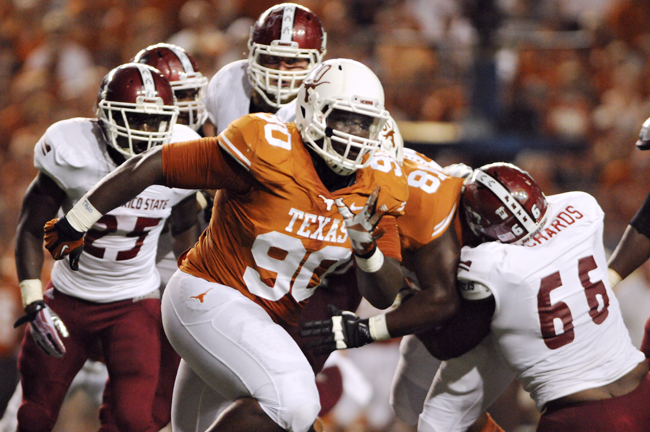 Texas junior defensive tackle Malcom Brown announced Thursday that he has opted to forgo his senior year and enter the 2015 NFL Draft.

“Coach [Chris] Rumph talked to me right after the [Texas Bowl], and I talked to my wife about it,” Brown said. “Then I saw Coach [Charlie] Strong yesterday, and we had a good talk about it. I decided to enter the 2015 Draft, and that’s what everyone thinks is best.”

Brown, a consensus first-team All-American and finalist for the Nagurski and Outland trophies in 2014, which honor the nation’s top defensive player and interior lineman, respectively, is expected to be a late first-round selection.

“It wasn’t an easy decision because a lot went into it,” Brown said. “My wife has school; I have school and moving the kids around. I got everyone’s input on it, but, at the end of the day, it’s my decision, and that’s what I came to.”

In claiming first-team honors from the Football Writers Association of American, the Associated Press and Sporting News , Brown joined Rodrique Wright (2005), Casey Hampton (2000), Tony Degrate (1984), Kenneth Sims (1980-1981), and Brand Shearer (1977) as the only defensive tackles to be consensus selections.

“I’m going to miss everyone here — that’s the hardest part about leaving,” said Brown, who is also the team leader in tackles for loss (15), forced fumbles (2) and sacks (6.5).