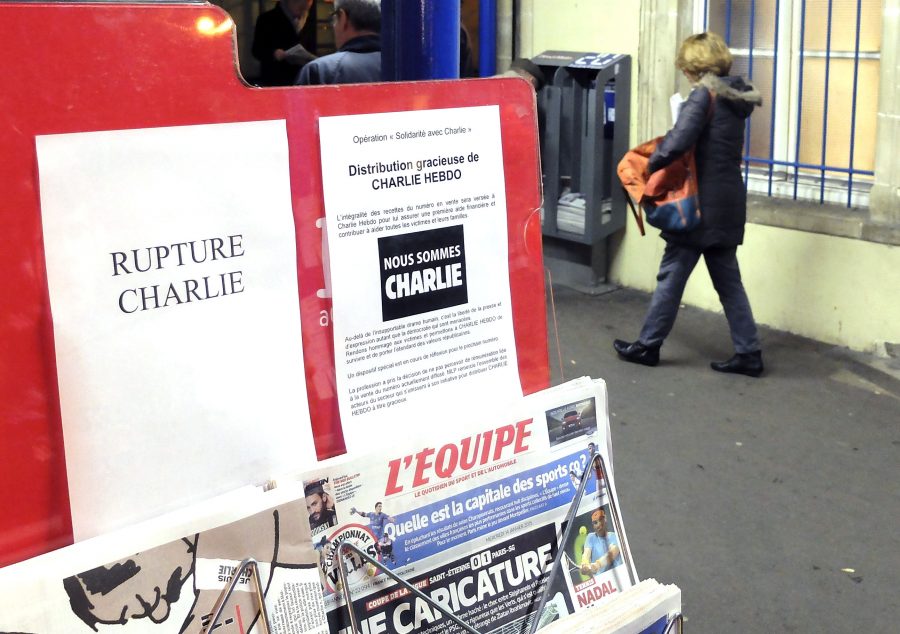 I came to Paris just like any other UT exchange student has before. Despite the ceaseless excitement, I was riddled with anxieties — the lack of a linguistic safety net, the speed of the city and its people, and just the vast distance between me and my whole life as I had known it. That would all soon come to vanish into insignificance.

I arrived in Paris the morning of Jan. 6. I bit the bullet and stayed awake the whole day to put my body on Paris time. The next morning I awoke to what even now I struggle to make sense of.

Twelve people were murdered by gunmen at the offices of the satirical magazine Charlie Hebdo. The three gunmen were still at large in the city. They found the gunmen’s car in my arrondissement, or district, of Paris. Al-Qaeda in Yemen were claiming responsibility for the atrocity. This wasn’t a dream, however surreal it may have felt. It was actually happening.

The next morning a police officer was shot in south Paris, and as I made my way through the streets that day, I was surprised. People still held their heads high and went about their day. “Je Suis Charlie” (I am Charlie) was everywhere — on T-shirts, on newsstands, even scribbled across the walls inside the Metro. My French is not perfect, but passing through the different bubbles of conversation on the Metro or in the streets, I could hear the words “Charlie Hebdo” being passed around like a canteen among parched throats. People needed to talk about it; they needed to try and make sense of it, and in doing so it helped them pacify their anxieties.

Day three of the attacks was where things started in a darker direction.

I got off at Bastille, a Metro station in central-east Paris, and sat outside at a café to wait for my friends to arrive. Suddenly, the square and surrounding streets were flooded with police. Alarm sirens were piercing the air, unabated for 10 minutes at a time. At Porte de Vincennes, just two subway stations east of where I was, the same gunman who killed a cop the day before had taken people hostage inside a kosher market. The attacks weren’t over, and there was a nervous feeling that the constant threat of terrorist attacks might be a new reality for Paris.

Later that day, the situation was resolved. Five people, including the gunman, were killed at the Jewish market. The perpetrators of the Charlie Hebdo shootings had been killed an hour’s drive from Paris in Dammartin-en-Goële. We all breathed a collective sigh of relief. The conversation now turned from the events to how to recover from them.

Sunday, it was decided, would be the day of the demonstration. The Unity March, it was to be called. Forty of the world’s leaders were to be there, marching with the people of Paris, in a showing of solidarity for the victims and for freedom of speech and expression. I didn’t attend the first demonstration the day of the first shooting, but there was a certain gravity around this one. I had to go.

I walked outside my apartment that day, 30 minutes before the demonstration, to a silent Paris. No children’s noises. No alarm sirens. Whatever people I did see were heading in one direction — the Metro, to get to the Place de la République. Underground was a different story. Thousands of people, shoulder to shoulder, were desperate to join the masses. The people of Paris had been deeply affected by the events, and it was evident by the sheer volume of people I saw that day.

An ocean of people donned their “Je Suis Charlie” gear. Hats, shirts, picket signs — seemingly every part of the square and its people were a tribute to those lost and the ideals they should have been able to enjoy free from violence.

Most encouraging were the signs that didn’t say “Je Suis Charlie.” The vast majority preached tolerance and a dissociation of the Charlie Hebdo shootings from the religion of Islam. It is no secret that Islamophobia in the West exists and flares up when events like these are carried out by extremists who are following a perverse, mutated version of their religion.

Some English-speaking Muslims told me on the Metro Sunday they definitely did not agree with the controversial cartoons that Charlie Hebdo published about the prophet Muhammad and the other tenets of Islam, but were going to march in the rally and say “Je Suis Charlie” because to them, the threat of losing their ability to freely speak their minds and express their beliefs was far greater than the threat of offensive cartoons.

That sentiment became what “Je Suis Charlie” would come to embody during the march. Many people I spoke with did not endorse every cartoon that Charlie Hebdo had published — many of them are overtly racist and xenophobic in nature. For the people I was around at the march, “Je Suis Charlie” came to mean a tribute to those murdered and an assertion of freedom of expression. The feelings expressed there were overwhelmingly positive. Waves of cheering and support would come washing over the crowd every five minutes or so. All demographics were out en masse, making up the largest public demonstration that France has ever seen — greater than the crowd that amassed when Paris was liberated from the Nazis during WWII. To a college student from Austin, Texas, it was overwhelming, these events and their aftermath, but the expressions of support and declarations of free speech carried an incredible weight that will not soon be forgotten.

Hays is an international relations and journalism junior from Dripping Springs.