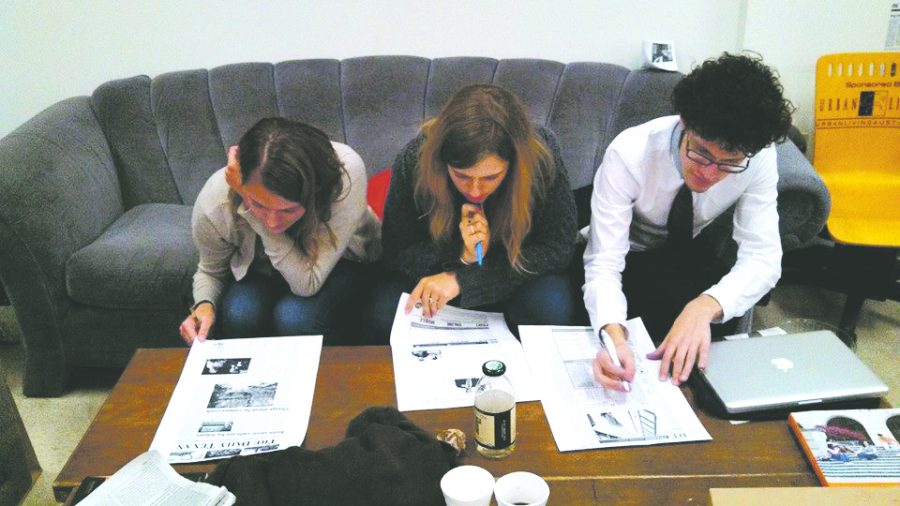 Editor’s Note: Tryouts for opinion and all other Daily Texan departments are currently underway and will continue until Friday, Feb. 6. Apply online at www.dailytexanonline.com/employment or walk into our basement office at 2500 Whitis Avenue.

If you’re a student at UT, either just starting or returning, it’s safe to assume that you’re interested in learning valuable skills, preparing for a career and making a name for yourself. If you fit that description and don’t have a multi-million-dollar NFL contract awaiting you, there’s no better place at UT to accomplish all three of those goals than The Daily Texan.

However competent a writer you are before you start at the Texan, your skills will grow more than you ever expected as a result of the job. At the Texan, you’ll learn through practice and example how to quickly produce intelligent, professional and compelling work on a deadline. The Texan provides the chance to hone ways of thinking that are different from what you’ll learn in a classroom. You’ll represent something much bigger than yourself alongside some of the most talented and driven members of the UT community, while developing friendships with people who will both encourage and inspire you. The friendships you’ll make while working toward a common goal will likely be some of your strongest.

As an opinion columnist in particular, you’ll have your views read, considered and critiqued by an audience of thousands on one of the nation’s biggest university campuses. You’ll choose your topic so you can find what’s important to you, and you’ll have a space to show the rest of the 40 Acres why your issue of choice should be important to all of us, too. As wide-ranging as your column’s impact can be, the words will be yours to show off, now and for years to come.

Of course, you’re not at all limited to the opinion pages. The skills you’ll learn as a columnist will help prepare you to work in most other departments of the paper, although it isn’t necessary to write opinion columns before working in other areas of the Texan. The versatility of this publication allows people to try out the writing departments, as well as the more visual and behind-the-scenes aspects of the paper, sometimes even simultaneously. Once you graduate, it’s difficult to find the chance to work in so many different areas of an office over a short period of time, but at the Texan, this is not only allowed, but encouraged.

The Texan began as a weekly publication in 1900 and began publishing twice a week in 1907. In 1913, the student body voted to make the publication daily, and in 1915, the paper became free to the public — a subscription had formerly cost $1.25 per year. Texan staffers report not only campus and local news, but also more wide-ranging, historical news, sometimes traveling across Texas — or even the U.S. — for a story. The Texan has thoroughly covered stories ranging from President John F. Kennedy’s assassination in 1963 to the 2013 fertilizer plant explosion in West. Our first priority is ensuring students remain well-informed of news developments — both local and national — that affect their lives, and as a Texan staffer, you can play an important part in this mission.

Obviously, this is a hiring pitch, but let it also serve as a word to the wise. The Texan is one of the largest and most award-winning student newspapers in America, and Texan staffers go on to great things in a multitude of industries. Many of them can attribute much of their success to their time here. Don’t let the opportunity go to waste.