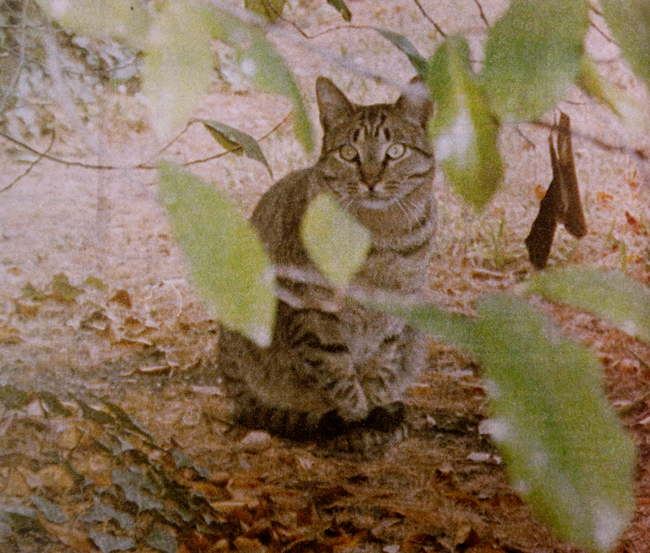 In 1997, more than 100 nameless felines roamed UT’s campus in search of food scraps and companionship — and shelter from UT’s former policy of euthanizing strays. One UT employee, whom most students knew only as “cat man,” provided the cats with food while maintaining anonymity.

For the Jan. 21, 1997, issue of The Daily Texan, reporter Mike Carr shed some light on the enigmatic figure.

“He prefers to keep his name a secret and work in the shadows because someone might learn where his feeding location is and try to harm the cats,” Carr said in his article.

The cat man said he began feeding the cats when he discovered some of them nearly starving a few years before. He provided their nightly meal without fail. According to the article, the cat man spent up to $30 a week on cat food — $1,500 a year from his own earnings. Although most of the wild cats were skittish at first, the cat man’s routine care allowed them to grow more comfortable with him.

“I’ve known them longer,” the cat man said. “They trust me.”

Hunger was not the only concern the cats dealt with. In the early ’90s, the University’s official cat policy was to euthanize strays. In 1994, officials euthanized 17 campus cats after declaring them health hazards. This extermination prompted the creation of the Campus Cat Coalition, a group of about 50 members, who captured stray cats and had them vaccinated and neutered before setting them free. The Coalition, which counted the cat man as a member, operated under national cat-protection organization Alley Cat Allies.

“Periodic cat extermination was UT policy at the time, but this particular extermination sparked outrage from students and staff,” Carr said.

Peg Berdahl, wife of then-University President Robert Berdahl, said she was deeply disturbed when she learned about the exterminations.

“I’ll never forget it. It really upset me,” Berdahl said. “I expressed to [President Berdahl] that I was upset about it. He didn’t like what had happened to the cats either and said it should be stopped.”

With the support of the faculty and students, the Campus Cat Coalition put the trap-neuter-and-release method into practice. According to the article, Gary Monroe, the director of the Office of Environmental Health and Safety, said his office would average one-to-two complaints a week concerning the feline population before the Coalition began neutering the cats.

By the time the Texan article was printed, the Campus Cat Coalition had neutered 40 cats — although officers said completion of the neutering process was still five years away.

Club member Janice Shrode said the cat man’s dedication to the animals and his willingness to sacrifice his time and money made him stand out.

According to Carr, the cat man insisted there was nothing special about him despite his long-term commitment to caring for all cats.

“I’m just a small cog in the machinery,” the cat man said.