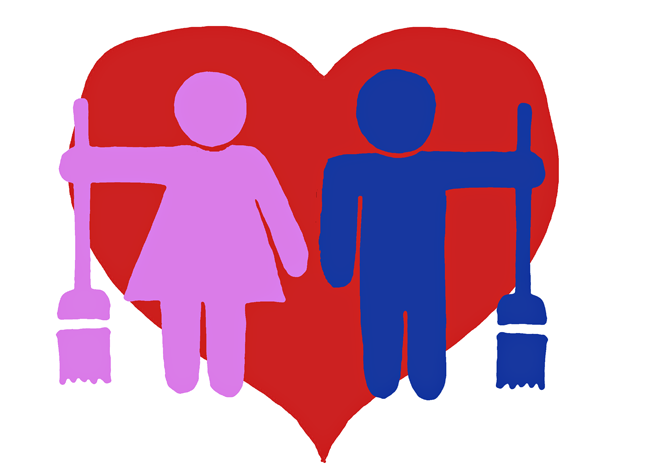 Sociology assistant professor David Pedulla co-authored a study that shows young men and women in the U.S. prefer to have a relationship in which work and home life are shared equally between partners.

Using the help of the GfK, a market and consumer research center based in Germany, the study surveyed unmarried, childless men and women between the ages of 18 and 32.

When asked which type of relationship they would prefer, the majority of participants, regardless of gender and education level, said they would pick a lifestyle that equally shares all responsibilities in the household, such as budgeting and familial duties.

A second survey conducted for the study found that more women would prefer an egalitarian relationship if certain policies were in place, such as more flexible scheduling, parental leave and subsidized child care. Co-author Sarah Thébaud, a professor at the University of California-Santa Barbara, said it’s well known most people are interested in more equal relationships.

“What is novel and different about our study is that we are able to show that we would see even more people being egalitarian if these policies were in place,” Thébaud said.

Pedulla and Thébaud sought to prove that certain social policies are the main hindrances to more equal relationships between men and women. Pedulla said it’s important for young people to understand roadblocks to equality in relationships because he believes they are the future of potential policy changes.

“I hope that, as young people read this, they can see that there is a majority of young men and women who want these types of relationships,” Pedulla said. “I think it’s important so that they can create institutions and environments where [they] are able to live their life the way they want to.”

Jackie Salcedo, program coordinator for academic affairs at the Center for Women’s & Gender Studies, said she agrees policy changes would make equal sharing of responsibilities easier but said changes are difficult to implement.

“I think [policy makers] don’t see an immediate benefit to change,” Salcedo said. “I think culture still needs to change — and our expectations as people. The culture and policies contribute to each other, so if more studies come out like this, then there can be more support for that kind of work and family balance.”

Thébaud said some have questioned the point of the study because of the difficulty in making policy changes. She said she believes major cultural shifts must build upon subtle policy changes.

“We know that even small changes can make a big difference,” Thébaud said. “Even small changes in scheduling have proven to make a difference. It’s an incremental thing, and that’s also a message for university students who want to change the world. We all have to collectively come in agreement that this is good for society and what people want.”