Tuition increases must have limits 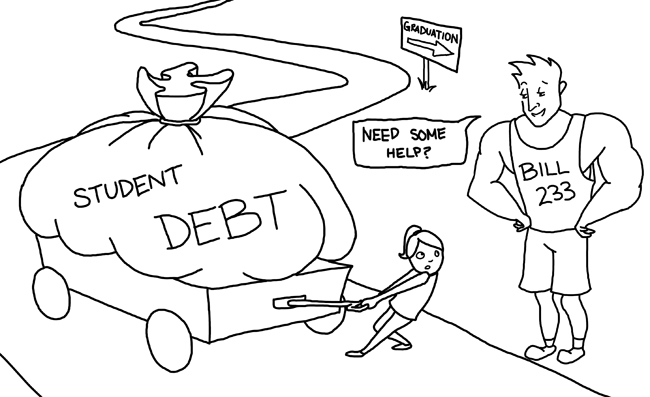 Tuition rates at public universities in Texas are too high. Since the Texas Legislature deregulated tuition in 2003, the average tuition rate more than doubled in just 10 years from $1,934 to $3,951 per semester. This cost hit students hard, with the average student borrower in Texas now graduating with over $24,000 in debt, while over 40 percent of recent graduates make $25,000 a year or less.

Our public universities should be affordable, so that it is not out of reach for those who need higher education the most. Our future students should not have to pay double or triple  what we are paying now. Our Legislature made a mistake in 2003, but now, it’s time to fix it.

Without this bill or oversight by the Board of Regents, average tuition at UT may double from $5,000 to nearly $10,000 a semester in 10 years if tuition grew at an average annual rate of 7 percent as it did from 2003-2013. Whereas with this bill, tuition of $5,000 a semester would only rise to slightly more than $6,000 (assuming an average inflation rate of 2 percent for the next 10 years). To put it into perspective, if tuition grew as fast as it has the last 10 years, a freshman who pays $5,000 a semester in tuition would pay $6,125 a semester by senior year (increase of 7 percent a year). In comparison, under this bill, a freshman would only have to pay $5,306.04 a semester as a senior (assuming inflation rate of 2 percent).

The UT System does not need increases in tuition above the rate of inflation. We are the third richest University system in the United States after Harvard and Yale, with over $20 billion dollars in endowment. UT Austin itself recently raised more than $3 billion from “the campaign for Texas.” All this is a lot of money. If our nearly 40,000 undergrads paid $10,000 in tuition a year that would only come out to $400 million. And a tuition increase of 7 percent only comes out to $28 million for undergrads. In looking at the big picture, raising tuition by more than the rate of inflation doesn’t help UT as much as it hurts students that may not be able to afford the increase or have to take on additional student loans.

The current tuition rate is already too high. Students are already graduating with too much debt, so we cannot allow tuition to increase as it has in the past. We have to prevent the past from repeating itself by giving current and future students the opportunity to have an affordable education. This bill will protect the students financially and make sure that those who need higher education the most can afford it.

Hung is a first-year law student from Brownsville.