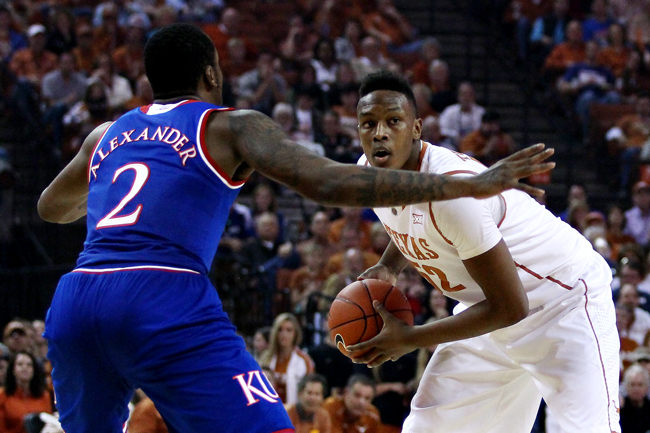 The Longhorns trailed by as many as 20 points with less than 7:30 remaining in the game, and they almost came all the way back.

Texas got red hot from beyond the arc late, connecting on 7-of-8 from deep between the final 7:24 and 0:23 marks in the second half. That, coupled with an aggressive press defense, allowed Texas to close the game out on a 35–18 run.

Sophomore point guard Isaiah Taylor was the catalyst for the late comeback attempt, scoring 12 points in the final six minutes of the game. It was too little, too late, however, for a Texas team that trailed by as many as 21 points in the second half.

Iowa State, on the other hand, played a cohesive game offensively. The Cyclones had little trouble weaving through Texas’ 2-3 zone, consistently getting around the Longhorns’ perimeter defenders and into the lane for high-percentage looks at the basket.

The Cyclones’ penetration into the lane forced Texas’ big men out of position to play help defense. This led to four dunks in the first half alone for Iowa State, including three by redshirt junior forward Jameel McKay.

Remarkably, the Cyclones racked up 13 assists on their 16 made baskets in the first half. They got any shot they wanted for much of the game and finished with 20 assists as a team.

Fresh off a lifeless second half performance against Kansas on Saturday, Texas picked up right where it left off to start Monday’s game against the Cyclones.

The Longhorns opened the game just 1-of-9 from the field and trailed 10–2 after less than three minutes of play. Iowa State double teams greeted junior center Cam Ridley and freshman forward Myles Turner every time they touched the ball down low, leading Texas to once again settle for outside jumpers.

It didn’t get any better for the Longhorns in the first half. They trailed 36-25 going into halftime, connecting on just 10-of-31 shots from the field. Taylor failed to make any of his five shot attempts in the first half, and senior forward Jonathan Holmes went just 2-of-8.

With their back-to-back losses, the Longhorns slipped to 3–4 in conference play, dropping 2.5 games behind of first-place Kansas — But more alarming is the way they’ve been losing.

The Texas offense has been inconsistent since the start of Big 12 play, and the Longhorns have struggled to take advantage of their size and get the ball inside. The defense hasn’t been much better, as opponents found holes in the Texas 2-3 zone with ease in the last two games.

And the season won’t get much easier for the Longhorns. Six of their remaining 11 games are against ranked opponents. For any chance of getting back into the conference title race, they’ll need to make drastic changes in a hurry.