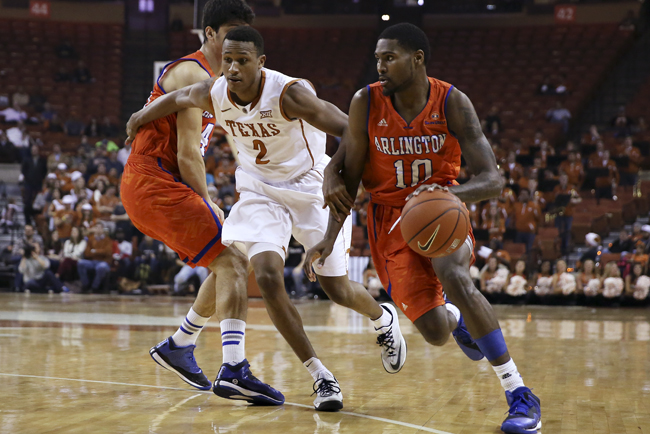 Once upon a time, Barnes’ Longhorns weren’t the defense-first kind of team they are now and, instead, relied on a fast-paced, high-scoring offense. The strategy worked and produced results unprecedented for the Longhorn basketball program.

Over a seven-season span from 2002-2008, the Longhorns danced into the NCAA tournament’s second weekend five times — nearly doubling their all-time Sweet 16 appearances from before 2002. The five trips to the round of 16 included three to the Elite Eight, as well as Texas’ first and only Final Four appearance since 1947.

That team also played some pretty good defense, ranking 82nd in the country in points allowed per game. This balance on both sides of the court earned Texas a No. 2 seed and set them up for a run into the Elite Eight.

Since that season, however, the Longhorns have often failed to get both sides of their games together.

Following the departure of point guard D.J. Augustin, the Longhorns saw a bit of a drop-off in scoring, but, more importantly, they lost the team’s playmaker, who carried them to a school-record 31 wins in one season.

The 2009-2010 Longhorns finished the season ranked sixth in scoring per game but were awful defensively — ranking 216th in points allowed per game. The team collapsed, finishing the year 24-10 after starting 17-0.

2010-2011 featured a mixture of offense and defense, but that balance was not enough to overcome the poor fundamentals and slew of errors that led to an early exit from the tournament.

Last season’s team won many games it was not expected to win, but it ultimately struggled on both offense and defense, ranking outside the top 100 in both points scored and points allowed per 100 possessions.

This season’s team is statistically the best defensive team Barnes has ever had on the 40 Acres, allowing fewer than 59 points per game — the lowest in his tenure.

Without a strong offensive presence the past two seasons, the Longhorns’ performance on the defensive end has been the deciding factor. Texas is 31-1 when it holds opponents to less than 40-percent shooting from the field, while it’s only 7-16 when opposing teams break that 40-percent mark.

This season, Texas has allowed seven of its last nine opponents to shoot 40 percent or better from the field, resulting in five losses. This streak comes after Texas held its first 11 opponents below that mark. In the last 11 games, eight Longhorn opponents scored 60 points or more, which began after Texas gave up 60 points only to Kentucky in its first nine games.

Texas still has the defensive prowess to turn the season around, but, because of its inability to score — 112th in points per game nationally — there is tremendous pressure on that side of the ball.