Where are they now: Cat Osterman, former softball pitcher 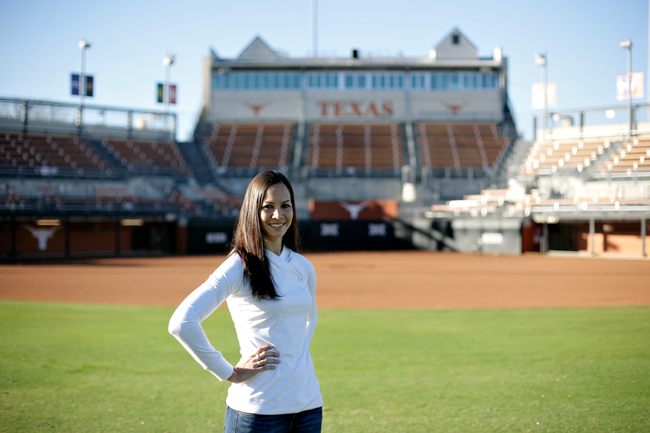 Editor’s Note: This is part of a weekly series looking back at past Texas athletes and examining where they are now. This week features former softball pitcher Cat Osterman, who played for Texas from 2002-2003 and 2005-2006.

By the time Osterman graduated with a Bachelor of Arts in psychology, she had already won an Olympic gold medal from Athens, notched 20 collegiate no-hitters and appeared twice on the cover of Sports Illustrated.

But even for Osterman, adjusting to life on the 40 Acres wasn’t easy.

“I had to learn real quick how to pitch and how to pitch successfully at that level,” Osterman said. “For me to be able to be thrown in the fire so quick, I think that’s what really made me mature as an athlete and, actually, in the long run, is probably what has allowed me to be so successful.”

Osterman took a year-long hiatus from school after her sophomore year to join the USA Softball Women’s National Team on its quest for Olympic gold in Athens in 2004.

“It was a little difficult because I was playing with a bunch of older women, a lot of which had graduated from college already,” Osterman said. “But I think it was for the best. It taught me a lot. It made me grow up fast.”

She returned to the University after her Olympic stint to play two more seasons with Texas, and, in 2007, she was selected as the No. 1 pick in the National Pro Fastpitch softball league draft.

She continues to pitch professionally for the USSSA Pride, a fastpitch team in Kissimmee, Florida, while working full-time in the offseason as a softball coach at Texas State. Osterman devotes her time to recruiting in the fall, coaching in the spring and playing professionally in the summer.

“I think the hardest part is I have to work out, and I have to throw,” Osterman said. “I put coaching as a priority, so, if I have to skip a workout or something like that, I’ll do that over being late to practice because my first priority is to Texas State and coaching.”

But all good things come to an end. This summer will most likely be Osterman’s last season playing professionally, she said. Still, she has a clear path for her future in mind.

“I have wanted to coach since I was in, like, fourth grade, and that was before I specialized in softball,” Osterman said. “Coaching is definitely my future.”