Some areas on campus incompatible with Americans with Disabilities Act 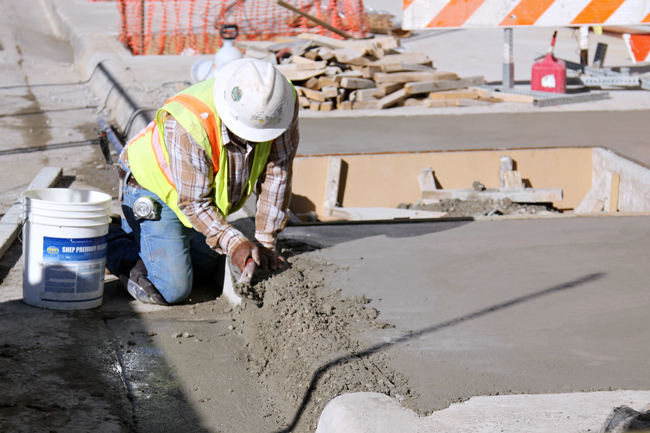 As new buildings emerge and older buildings are renovated, the University is tackling the remaining spots on campus that violate the Texas Accessibility Standards, a Texas government code in keeping with the national Americans with Disabilities Act.

“With a large campus and an older campus, there are certainly problems,” said Emily Shryock, assistant director of Services for Students with Disabilities. “That always comes to the top of the priority list, when someone approaches us with [accessibility complaints]”.

In 2014, 14 out of 52 of the Services’ completed projects were in noncompliance. In 2010, 43 of the department’s 67 projects were in violation, according to Mike Debow, associate director of project management with Project Management & Construction Services.

In past years, projects costs have ranged from as low as $10,000 to as high as $1.46 million, according to Debow. Debow said average jobs, such as renovating a restroom for compliance with the Texas Accessibility Standards, cost between $150,000 and $200,000.

Debow said cost is not the only factor administrators keep in mind when tackling a new project. Construction crews must also renovate older buildings without harming their aesthetic.

“The challenge we always get into, with the things we address, is … in the older buildings on campus,” Debow said. “How do we make adjustments to these older buildings, and, in some cases, being sensitive to 1930s architectural things that are pretty important? If we’re going to do something that impacts the Main Building, how do we ensure that accessibility happens and not negatively impact the original, historically based architecture that’s very valuable to the University?”

All deficiencies, which a registered accessibility specialist — an inspector of building deficiencies — notes, must be corrected within 270 days of the deficiency being recorded. Under the Americans with Disabilities Act, a noncompliant building is subject to fines not exceeding $75,000 for a first violation. Subsequent violation fines can run as high as $150,000.

“Two-thirds of the time we don’t have deficiencies, but about one-third of the time, we do,” Debow said. “We then budget for and specifically address those to make those corrections.”

David Wiginton, a help desk specialist in the Moody College of Communication who uses a wheelchair, said he has not had extreme difficulty when navigating the campus.

“The campus is actually set up really well for wheelchair users,” Wiginton said. “I would say for anybody who has a mobility issue, UT has done what they can to accommodate people, both through major renovations, like curb cuts, to taking care of special needs that I may have, like a time to come in to the office.”

Wiginton said he knows not all students share his perspective.

“I don’t have to go up and down any hills,” Wiginton said. “That’s nothing anybody can control. That’s just, ‘Welcome to Austin, here’s a bunch of hills.’”