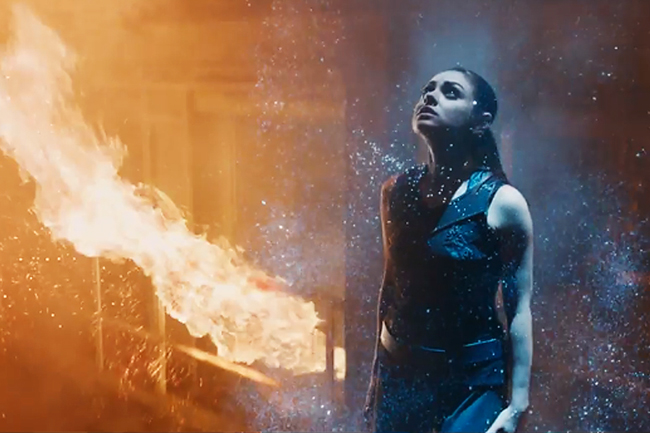 In “Jupiter Ascending,” released Friday, directors Andy and Lana Wachowski attempt to combine a space opera, an action-adventure spectacle and political power struggle into one epic film. Instead, they cram three separate stories into one mediocre and confusing movie. The Wachowski siblings have cobbled together a poor excuse for a sci-fi spectacle, failing to repeat the success they generated from “The Matrix.”

Far off in space, the ancient, alien Abraxas family claims ownership over the Earth and several other planets. When the matriarch of the Abraxas clan dies, siblings Balem (Eddie Redmayne), Kalique (Tuppence Middleton) and Titus (Douglas Booth) fight for supremacy and total control of their inheritance. On Earth, a young woman named Jupiter Jones (Mila Kunis) learns that she genetically matches the trio’s deceased mother, making her the Earth’s owner. With the help of genetically modified ex-soldier Caine (Channing Tatum), Jupiter attempts to survive the onslaught of the jealous heirs who seek to claim her birthright.

“Jupiter Ascending”’s biggest problem is the Wachowskis’ unfocused story. It’s clear that “Jupiter” isn’t aiming to be a serious drama, but the logic the Wachowskis insert into this universe is, at times, just nonsensical. For instance, Jupiter learns she is a descendent of the royal family because bees refuse to sting her.

The story is packed with an absurd amount of subplots. As a result, the pacing is an absolute mess. By itself, Jupiter’s conflict with the three siblings would have provide enough story for an entire trilogy — much less a 120-minute film. But on top of the sibling squabbles, the Wachowskis also throw in love triangles and spend copious amounts of time developing minor characters.

It’s disappointing that the story is mediocre, as some of the Wachowskis’ ideas do have the potential to be fascinating. The notion of a galactic royal family in control of the Earth is an intriguing concept. The Wachowskis let their original storyline fall to the wayside as they focused on less interesting characters and plot points.

Kunis can’t do anything to save the dull, weakly written Jupiter. Despite being heir to the entire planet, Jupiter never rises above the textbook damsel-in-distress. Caine saves her countless times, but even his role as a protector doesn’t make his character any more interesting. Tatum is reduced to a scowling grunt, and it’s difficult to take him seriously when he wears eyeliner and prosthetic ears. Meanwhile, Redmayne gives a bizarre performance as main antagonist Balem, rarely speaking above a whisper — except when he shrieks loudly during moments of displeasure.

The movie’s visuals served as a rare bright spot in what was otherwise a mediocre movie. The Wachowskis demonstrate their knack for creating massive worlds and spectacles through beautiful cities and environments that hover around in space. Even though practically every effect is computer-generated, the result is still dazzling.

“Jupiter Ascending” is a great looking movie with clever ideas, but it is crippled by dim characters. In its attempt to be an over-the-top galactic adventure tale, the film forgets to flesh out its main characters — and loses the chance to deliver a clear, focused story. What could have been a promising space adventure is instead an incompetent, disappointing mess of a movie.