Texas may be shorthanded in key matchup against Kansas State 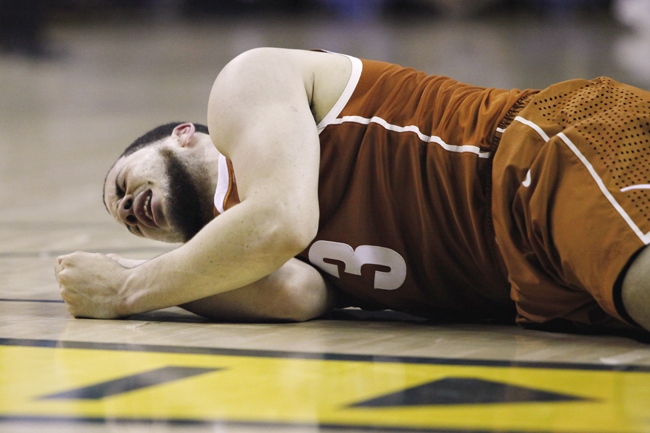 When No. 25 Texas travels to Kansas State on Saturday, the team may be playing to save its season — and it may have to do so shorthanded.

Junior shooting guard Javan Felix missed Wednesday’s game with a concussion, and in the same game, senior forward Jonathan Holmes left early with an injury. It is not clear whether either will be ready to play in Saturday’s game.

“Our players have expectations, and there are consequences when you don’t live up to those expectations,” head coach Bruce Weber said in a release. “Hopefully, they will learn from this experience and make the necessary progress to rejoin our team.”

The Longhorns won 10 of their first 12 games and initially appeared to be a near lock for a high seed come March, but more recently have found themselves slipping out of national relevance. They’ve dropped four in a row and lost six of their last eight.

Texas sits at an unimpressive 3-6 in Big 12 play, with only one of those wins coming against a team not in the bottom half of the conference standings. But the team hasn’t counted itself out just yet.

“Confidence is still high,” sophomore point guard Isaiah Taylor said. “We are still a good team. We still have good players on this team.”

In order to end this skid, Texas can’t afford to get behind early. It has found itself down double digits in three straight games, and, despite a few valiant comebacks attempts, the hole consistently proves too deep to climb out of.

And with the season hanging in the balance for Texas, head coach Rick Barnes’ team is hungry.

“We put it all together, and we can go on a run,” Barnes said. “It’s not about a run, though. It’s about tomorrow.”