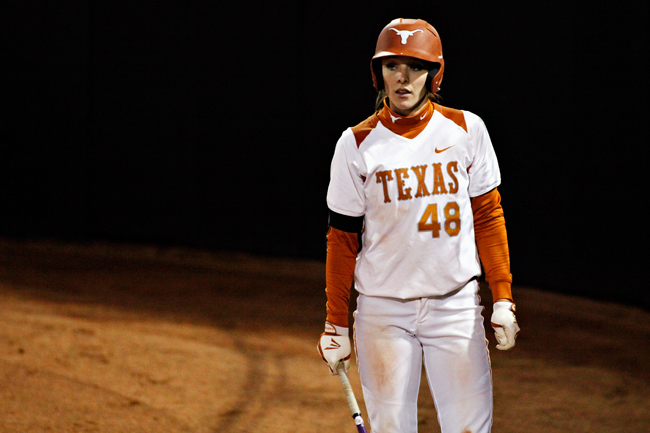 When Texas’ softball season ended at the NCAA Lafayette Regional final last May, its offense was struggling.

The Longhorns only managed four hits against Louisiana-Lafayette, with the lone score coming off a solo home run by senior Gabby Smith.

But as the team heads into a new season, it has two veteran juniors returning in place to lead this season’s offense in the right direction.

Junior right fielder Lindsey Stephens and junior second baseman Stephanie Ceo are the only two players on the current roster who played in all 58 games last season.

Stephens, who is one of 50 players on the USA Softball National Collegiate Player of the Year watch list, had one of the most dominant offensive seasons in Texas softball history in 2014 with a .371 batting average for the year. She led the team in six offensive categories and ranked in the top 10 in nine offensive categories in the Big 12.

“She’s one of our captains,” Clark said. “She’s really going to step up and do some things really well. She definitely will help us offensively.”

Despite last season’s postseason struggles, Stephens said she believes her team has the confidence to succeed this season.

“We have such a strong foundation,” she said. “Everyone on this team is ready to learn, ready to make adjustments and ready to take that next step.”

Ceo is also expected to capitalize on her leadershipskills in the upcoming season. The junior hit .362 last season and recorded 10 multi-hit games. Ceo’s biggest talents were often on display at the plate in the postseason, where she notched team-high postseason batting averages as a sophomore in 2014 (.375) and as a freshman (.400) during the Women’s College World Series (WCWS).

In June, Ceo watched as her older sister, Courtney, competed for Oregon in the WCWS. This season, Ceo hopes to have that same experience.

“Last year had a lot of learning moments that we went through,” Ceo said. “Now we get to build off of that.”

But before the Longhorns start thinking about the postseason, they will have to focus on their tough non-conference schedule.

Texas will face several ranked opponents early, including No. 2 Oregon on Friday night at the Kajikawa Classic in Tempe, Arizona. Sunday afternoon, it faces No. 16 Arizona State.

The Longhorns will start their season by playing 11 teams that are either ranked or receiving votes in the preseason ESPN.com/USA Softball rankings. Eight of those games will occur throughout the month of February and serve as challenges the Longhorns must face if they want to reach their ultimate goal.