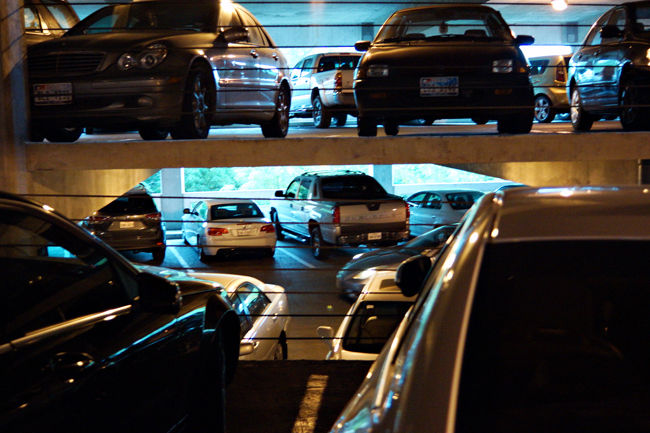 Editor’s Note: An earlier version of this editorial was mistakenly posted online last week. It has since been updated.

Parking is a substantial source of income for the University of Texas. In 2014, parking lots and garages brought in $8,015,402 from students, faculty and visitors. With the beginning construction of the new medical school, 3,610 parking spaces will be removed. UT plans on replacing those spots in the future, and the Parking Strategies Committee has endorsed a plan to increase parking fees.

Every car owner at the University of Texas is aware of the terrible parking in Austin. As car-centric a city as Austin is, it might make sense to have widespread available parking options. However, parking lots require space, and space in central Austin is in high demand.

The construction of the new medical school will be a great addition to the University, but will temporarily debilitate our already troublesome parking setup around campus. Until 2016, the forecast for commuters isn’t looking too great. Commuters are just going to have to wait on the new spaces by parking in the lots across I-35 and budgeting more time into their commute to factor in public transportation to campus.

With the medical complex, garages will be opened around campus providing anywhere from 3,114 to 4,410 spots. With this increase in garage spots, the overall parking rates around campus will rise in order to accommodate services to the new garage facilities and a market that is growing annually. In fact, UT faculty and students pay less for parking than those from other Texas universities.  In the recently released “Analysis of Smarter Systems for a Greater UT,” the  Parking Strategies Committee concluded that action needs to be taken in order to maintain facilities and level with the market.

After considering two options, the committee settled on an average fee increase of $6 a year for student and staff surface permits and an average of $23 a year for most resident garage permits and commuter garage permits over the next five years as a solution. The Committee looks to reconvene in 2018 to assess the results and possibly adjust or maintain these rates of increase. In the report, the committee outlined two proposals they have rejected in favor of the modest (possibly temporary) solution.

The radical option of the two suggested raising parking fees by 7.5 percent annually in order to level with the market in 15 years. This drastic an increase would shock and anger students and faculty accustomed to lower rates of increase in the past. A $96 million gain would have been observed in 15 years if this option were chosen.

The second plan of action was to concede campus parking to a private entity. The University would issue a Request for Proposals (RFP) to open bidding for the parking concession. Previous systems to concede to privatization include Ohio State University (for $483 million) and the city of Chicago. The concession in Chicago proved troublesome at the start with widespread machine glitches, vandalism and a slow service response.

A major issue with the option of concession would be the turning over of a substantial amount of area on campus to private companies. “Land use will be a very important issue for the future of UT, and losing control of parcels by turning over the surface parking lots to a concessionaire would not be in the University’s best interest,” the report concludes. Drastically raising parking fees over the next 15 years isn’t in the University’s best interest either, and the Parking Strategies Committee recognizes that.

As painful as increasing fees are for students, it’s important to remember that these actions are necessary in order to facilitate a lot of what the University is trying to improve, including building more garages and adding more parking spaces overall to a currently cramped system. Student budgets are tight, but parking a car on campus is not and cannot be cheap.