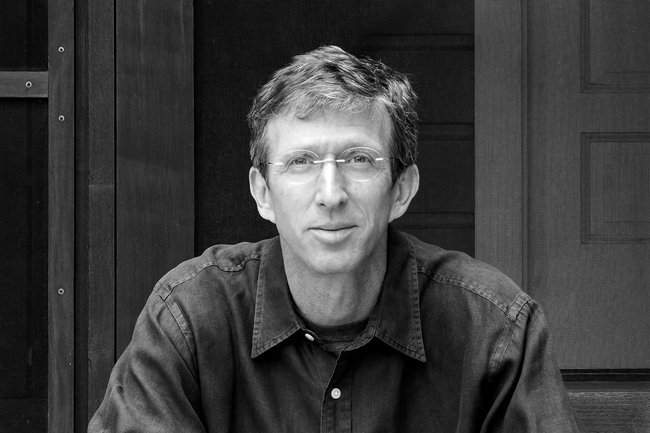 What happens when an architect’s client wants a house that looks like it was designed by “a group of super-sized drag queens”? This is the plot to one of seven short stories featured in UT architecture professor David Heymann’s first book, “My Beautiful City Austin.”

This past November, Heymann released what started out as a “really dull” academic paper but became his work of fiction, “My Beautiful City Austin.” The book follows a fictional Austin architect as he deals with his clients’ ludicrous ideas. For example, a pair of grandparents requests that their mansion’s design lure their grandchildren in on weekends.

One of Heymann’s clients, former First Lady Laura Bush, said in an email she believes none of the characters are based off her. The Bushes’ next project for Heymann is the addition of an art studio for the former president.

“We know David is a terrific architect, and now we know he is a wonderful writer as well,” Bush said. “I take David for his word in the afterword of his book: ‘this book is entirely a work of fiction.’”

Throughout the book, the young architect struggles to reconcile his own architectural views with his clients’. These conflicts have shaped Heymann’s views on Austin as a developing city.

“It just seems like Austin doesn’t make active plans,” Heymann said. “That’s what this book talks about. It centers around a young architect who’s trying to figure out what to do in this city that isn’t that sure of itself either.”

Heymann said his book is more than a collection of a few short humorous anecdotes; rather, it’s a platform to discuss the changing landscape of Austin. Heymann said his connection to the city’s infrastructure has grown during his 25-year-long career in Austin.

“When I moved to Austin, I was really shocked about how badly it was being overbuilt,” Heymann said. “I started to write this academic paper about why that was, and it was so dull. I wanted to reach as many people as I could, so it struck me that I could do that by telling a series of stories.”

Heymann insists the clients are entirely fictionalized. He said he intends for his readers to find the characters in “My Beautiful City” both laughable and frustrating.

“The characters are totally invented,” Heymann said. “My clients seem to be the only people who believe me. The book just doesn’t read false because the motivations behind the houses these people are building are very real and familiar.”

While Heymann’s clients don’t appear in the books, he said the characters are people every architect meets — it’s part of the job.

“People’s motivations for building can be really weird or screwed up,” Heymann said. “They’re motivated by wealth and consumption or other social issues. The shifting of wealth in Austin is one of the kind of profound agents of change here. It has an effect all throughout the city.”

More than a criticism of Austin, Heymann’s book originated from his appreciation of the city and his concern for its future.

“The book is meant to be a love song to Austin,” Heymann said. “It’s in this moment when it’s changing from kind of an innocent place to something more. It’s the 11th largest city in the country, but its structure has barely changed since there were 150,000 people here. Austin has some pretty mature decisions to make about how it’s going to grow.”