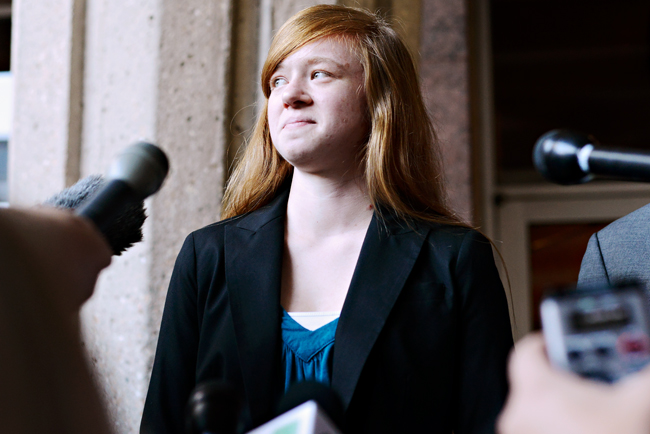 Abigail Fisher’s lawyers filed a petition Tuesday for her case, Fisher v. University of Texas, to be heard by the Supreme Court a second time.

Fisher, a rejected undergraduate UT applicant, filed a lawsuit in 2008 after claiming the University discriminated against her based on her race. Fisher said the admissions policy was in violation of the equal protection clause of the 14th Amendment. After losing at the 5th U.S. Circuit Court of Appeals in 2009, the case reached the Supreme Court in 2012.

The Supreme Court ultimately vacated and remanded the case in a 7–1 decision, ordering the 5th Circuit to examine UT’s race-conscious admissions policy more carefully to determine whether the University’s policies were necessary to achieve a “critical mass” of minority students. A three-judge panel sided with the University last year, and the full, 15-person court declined to rehear the case in November.

The petition, asking the Supreme Court to grant Fisher a writ of certiorari, which means the Supreme Court would entertain the case, states, “At every turn, the majority was ‘persuaded’ by UT’s circular legal arguments, post hoc rationalizations for its decision to reintroduce racial preferences, and unsupported factual assertions.”

Fisher’s case attempts to counter affirmative action, a policy or action that favors typically discriminated against groups of people.

The Supreme Court must accept a writ of certiorari from the lower court before hearing a case.

If at least four justices vote to grant Fisher a writ of certiorari, they will hear her case in the spring or near the beginning of the next court term.

Fisher was not in the top 10 percent of her high school graduating class and was not granted automatic admission. Her application was then placed under holistic review, alongside approximately 16,000 other applicants who were not in the top 10 percent. In holistic review, applicants are chosen based on academic and personal achievements as well as a long list of individual characteristics, including, but not limited to, race, ethnicity and socioeconomic status.

The University released a statement in defense of the courts’ past decisions, saying the University will file a brief in opposition to the petition.

“The University of Texas uses race as one factor in a holistic admissions policy that allows us to assemble a student body that brings with it the educational benefits of diversity,” the statement said. “Our policy is narrowly-tailored, constitutional and has rightly been upheld by the courts multiple times. The university will file a brief in opposition to the latest petition.”

Fisher’s lawyers argue that an admissions process using an interest in “qualitative diversity” relied too heavily on requirements based on stereotypes about “less-privileged applicants.”

According to the petition, “If not reviewed, the Fifth Circuit’s decision will signal to universities and courts throughout the nation that strict scrutiny is a pro forma exercise and that Fisher I is a green light for racial preferences in admissions decisions.”