Opinion: Casting women in ‘Ghostbusters’ nothing to be frightened about 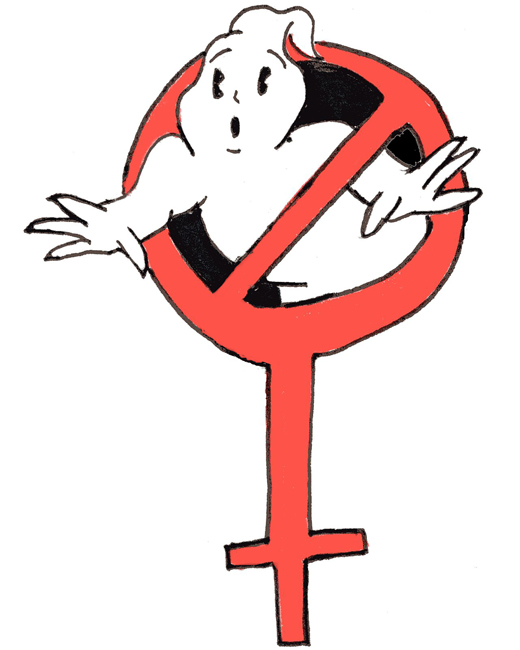 New York may be the city that never sleeps, but Hollywood is the city that never stops. Franchises across Hollywood are either “rebooting” or adding to already complicated plotline tangles. Earlier this week, Marvel Universe announced they were adding Spider-Man to their “Avengers” franchise. The “Poltergeist” reboot’s trailer came out Monday, bringing the film one step closer to fruition. But the biggest news in the franchise world remains Sony Pictures’ decision to reboot “Ghostbusters” — with an all-female cast.

The classic 1984 film, widely considered a pop-culture juggernaut, is a perfect candidate for the reboot treatment. On Jan. 27, Sony Pictures announced that comedians Kristen Wiig, Melissa McCarthy, Leslie Jones and Kate McKinnon would play the film’s iconic protagonists. After the news broke on social media, some fans of the franchise seemed dismayed by both the casting selection and the decision to do a reboot in general.

Why would a casting announcement send people into a state of indignation? For starters, “Ghostbusters” has a hardcore fandom following. Thirty years after its release, fans still honor the film by dressing up in homemade flight-suits and throwing down $50 for LEGO replicas of their favorite characters. There will always be fans who criticize any meddling with a beloved franchise like this one.

“People are worried that [a reboot] will not be true enough to the original to be recognizable,” English assistant professor Laura Thain said. “But I think that there is optimism that a new piece will hold true to the original.”

As the “Ben Affleck as Batman” controversy has shown, fans can be quick to scorn any modicum of change that new visionaries inflict on a much loved franchise. But such attitudes are often unwarranted. Before “The Dark Knight” was released, many Batman fanatics couldn’t see the merit in casting Heath Ledger as The Joker. Ledger went on to win an Academy Award for his performance.

What sets the “Ghostbusters” outrage apart is how much criticism of the new “Ghostbusters” cast possesses a profoundly sexist undertone. Some Twitter users said that remaking the film with a female cast just couldn’t be done.

Others said that the recasting is an attempt to inflict political correctness onto a classic franchise. These rants on the “feminizing” of the “Ghostbuster” franchise are bizarre and hypocritical. Why is it that it’s fine for grown men to enjoy “My Little Pony,” but blasphemous to imagine women as stars in a paranormal-action comedy?

“Obviously there are threads of misogyny in that discourse,” Thain said. “But there will always be diehard fans that can’t be satisfied because [the reboot] isn’t accurate enough.”

Despite a negative reaction, other fans accept the new changes to the film and embrace the idea of female “Ghostbusters.” Radio-television-film graduate Andy Young said that the new spin on the franchise could breathe new life into it.

“When I heard about [director] Paul Feig doing female ‘Ghostbusters,’ I thought that was awesome,” Young said. “Not a lot of reboots change that much. It seems like they’re going to do something different with it.”

It’s important to remember a crucial point in the “Ghostbusters” debate: The reboot is only a movie. A remake of a 30-year-old film  won’t tarnish the franchise, emasculate men or end the world. Ultimately, the “Ghostbusters” reboot will simply exist as a film for fans to enjoy and critics to avoid.