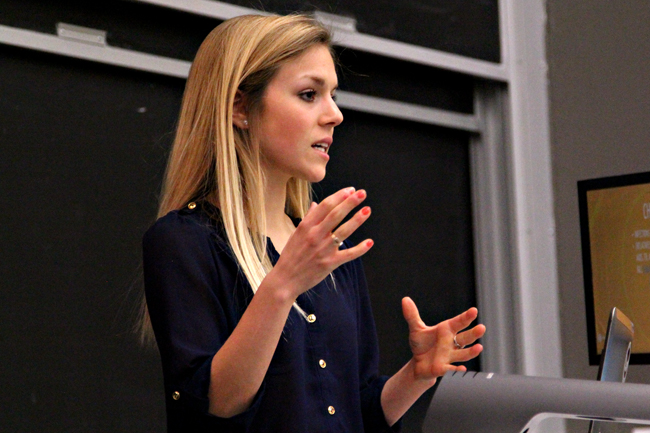 Seven neglected tropical diseases, or NTDs, threaten to kill billions of people in developing countries, according to public health senior Grace Gannon, campus chapter president of END7, a national organization dedicated to ending the suffering of people with these diseases in the developing world.

Gannon spoke on campus Thursday about how the organization is working to eradicate these diseases, such as trachoma and elephantiasis, which are uncommon in the developed world. The UT chapter raised $10,000 through an email fundraising drive last year, and it also advocates for better healthcare in developing countries and hosts awareness events through social media.

“Including delivery, training, community mobilization and monitoring the evaluation of these programs, it costs less than 50 cents per person per year to treat someone for all seven of these diseases,” Gannon said.

The drugs, which are donated by pharmaceutical companies, would be distributed by teachers, community health workers and church leaders to children in developing countries, Gannon said.

According to Gannon, inadequate funding to treat these diseases prevents people from accessing preventive care.

Some of the funding allocated to HIV and AIDS could be better used to target NTDs, Gannon said.

“HIV and AIDS account for 55 percent of our global health budget, while NTDs account for 1 percent,” Gannon said. “Our funding is 100 million out of 8.5 billion dollars, and that’s a huge problem because all of these funding areas are devised in an attempt to try to alleviate poverty and reduce infant child mortality and hunger and infant child education.”

Nursing freshman Aditi Naik said she wants to raise awareness for the organization because she believes they are heading in the right direction.

“I think they’re definitely taking the right steps by like social media and the END7 organization in general; that’s a great step,” Naik said.

“I think it’s really cool how for such little money, how efficient they are to be able to just cure these seven diseases with four little pills,” Tanna said.