Review: “Fifty Shades of Grey” will leave you high and dry 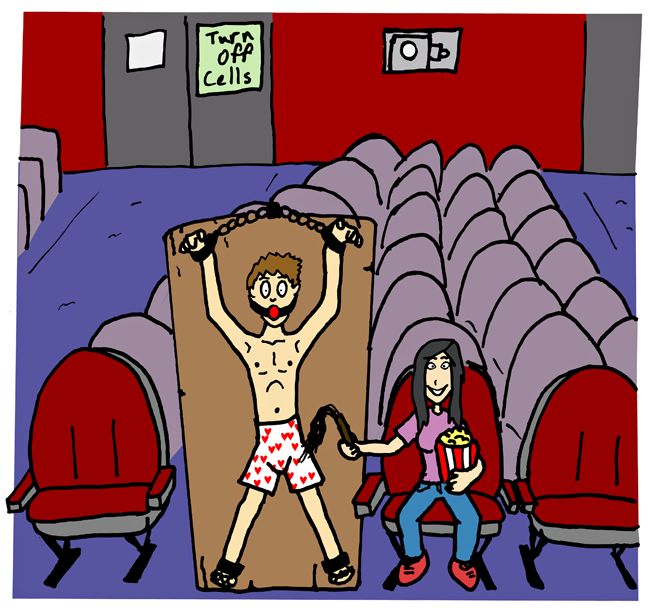 After three years of production, and over 100 million books sold, the film version of “Fifty Shades of Grey” has arrived.

Following an initial encounter, Christian starts to follow, or stalk, Ana. The two of them gravitate toward each other and, eventually, do the deed. Afterward, Christian tells Ana that he wants their relationship to be purely sexual. He asks her to sign a contract which will allow him to “dominate” her sexually with floggers, belts, chains and ropes. Ana must decide whether to consent to his outlandish tastes.

The conflict might be dull on paper, but it’s even duller on film because Ana is such a passive, unresponsive character. She’s swept along by Christian at every step of their relationship and rarely displays any strength. Director Sam Taylor-Johnson (“Nowhere Boy”) and screenwriter Kelly Marcel (“Saving Mr. Banks”) do their best to elevate the source material, but they are held back by E.L. James’ work. When “Fifty Shades” manages to make the conflict somewhat interesting by allowing Ana to stand up to Christian’s abuse, it abruptly ends. What a tease.

Though Ana is a weak character, Johnson does lend her some likability. She’s smart, gentle and often has something funny to say. She displays self-awareness about the film’s ridiculous plot, lampooning Christian’s bizarre behavior. On the other hand, Dornan’s performance doesn’t give Ana much reason to fall for Christian. He’s stiff in bed and equally stiff out of it. Cringe-worthy lines make both leads’ jobs more difficult, hobbling their performances.

When it comes to the sex, “Fifty Shades” is surprisingly flaccid. While the book takes pride in its trashy, pornographic nature, the film is afraid to show its teeth. It depicts sex in a soft-core, romanticized way you’ve definitely seen before. Strangely, even though the film’s been marketed heavily towards women, it shows off more naked Ana than naked Christian, a win for the straight male audience.

“Fifty Shades” does excel in its technical aspects. Seamus McGarvey’s cinematography is as stylish and slick as Grey’s apartment. The sets are clean, spotless and tasteful. The soundtrack, which features Beyoncé and The Weeknd, will undoubtedly be a bestseller.

The best place to watch “Fifty Shades” is a theater, even though the subject matter is vaguely dirty. Like it or not, this is an event film which demands to be seen in a group setting. You’ll feel naughty watching it in public, but those awkward giggles you share with friends and strangers will distract from the thin story. In spite of its source material’s faults, “Fifty Shades” can be a fun time if you take it for what it is. Just don’t expect to reach a climax — because the film never does.

Watch the trailer for "50 Shades of Grey" now: