TSM Board should not change editor-in-chief certification process 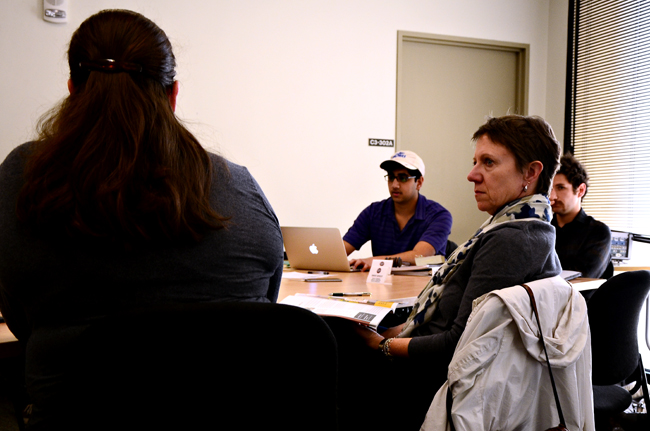 If history’s greatest lesson is never to make the same mistake twice, TSM Board members Heidi Toprac, Robert Quigley and Adam Alloy are its worst students.

At a meeting of the Texas Student Media election committee Thursday, these three dunderheads voted to recommend to the full board, which is meeting Friday to certify candidates for the upcoming Daily Texan editor-in-chief election, a “rolling back” of a previous unanimous decision by the board to change certain parts of the qualification process for the position. Their justification was to open up the position to a broader pool of applicants on the assumption that certain years would see no applicants (a situation that has not occurred any time in recent memory).

If the full board votes to approve this recommendation, it could allow for the certification of a candidate whose victory in the upcoming campus-wide elections could spell disaster for the Texan and TSM as a whole.

Over the course of the fall semester, the board voted to amend qualifications for both the managing editor and editor-in-chief position, respectively, of this paper. As a Texan reporter caught in a recording of the November meeting, the members of the board, including Toprac, Quigley and Alloy, voted unanimously to accept changes which would force the board to reject any candidates who did not meet all the qualifications, unless no fully qualified candidates came forward.

This year, candidates have come forward who meet all the qualifications as listed on the application. Another, David Maly, does not. Specifically, he lacks the editorial (opinion-writing) requirement that is absolutely crucial to the discharge of this job. Maly, who left the Texan two years ago, has since then maligned or threatened to malign numerous members of the organization, including last year’s board president, Dave Player, and has consistently brought negative attention to this organization.

Now, Maly dangerously wants to lead the largest entity within that organization.

Admittedly, the current board, which unfortunately suffers from high turnover, may not understand the unabridged version of the drama Maly has caused.

At the very least, however, they do understand his obstreperousness and irascibility. They have seen him attack current board President Mary Dunn and request her removal for the flimsiest of reasons, mostly revolving around his failure to be certified for the editor-in-chief position last year, when he was also deemed ineligible for failing to meet certain requirements. They have seen him childishly stamp his feet when he didn’t get his way and go on a bad-mouthing rampage against the organization. Finally, they have seen him drag this organization, which has long protected the student voice on this campus, through more than a year of time-consuming administrative headaches.

Maly has sought multiple remedies from the board, including the already-mentioned removal of Dunn as well as a special election when the board rightfully denied his application to run for editor-in-chief last year. He is convinced that the board is corrupt, but the board has previously been cleared of all wrongdoing.

Two fundamental questions remain, then. Why does a student so hell-bent on crippling this organization want to lead its flagship publication? And why are certain board members allowing themselves to be bullied into certifying an unqualified candidate?

Luckily, no damage has been done yet. The full board will have a chance to hash out its disagreements when it meets Friday at 1 p.m. in HSM 3.302.

We urge any member of the UT community with concerns about this situation to attend the meeting or to write to the board, which may be contacted through TSM Operations Manager Frank Serpas [email protected]