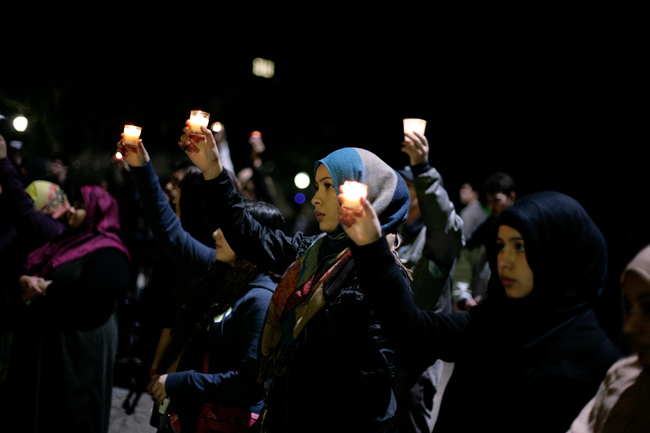 Over 300 members of the UT community gathered on the front steps of the Main Building on Thursday night for a vigil in memory of three Muslim students at the University of North Carolina–Chapel Hill who were killed in their apartment Tuesday evening.

Police charged Craig Stephen Hicks with three counts of first-degree murder for shooting Deah Barakat, Yusor Abu-Salha and her sister Razan Abu-Salha. Officers said the shooting was the result of a parking dispute, but the victims’ families said the act was clearly a hate crime.

“This is a loss for the Muslim community, in general, all over the world,” said Rawand Abdelghani, psychology junior and Muslim Students Assocation president. “As far as we identify, this could have been any of us that this happened to. Even though we don’t all know the three victims, we feel with them, feel with their families.”

Watch footage from the vigil here:

English professor Snehal Shingavi said the repercussions of the UNC shootings stretch across the country, including to the UT campus.

“It has now become very, very clear that the sort of racial debates that happen in America are finding their place on campus,” Shingavi said.

Because the victims were college students, the vigil held a personal importance for many attendees, according to Usama Malik, president of Ahmadiyya Muslim Students Organization.

“Even though it’s 1,300 miles away, this event has hit more close to home than we can imagine,” Malik said. “These were individuals –— 23, 21, 19 year-old Muslim students —such as myself, at a public university, [who] were slain.”

Several speakers cited Islamophobia, a hatred, prejudice or fear against Muslims, as a cause of the events that occurred in Chapel Hill.

“At this time, Islamophobia is picking up some ground,” Malik said. “Through the actions of terrorist groups such as ISIS, people are having a skewed perception of what Islam is.” 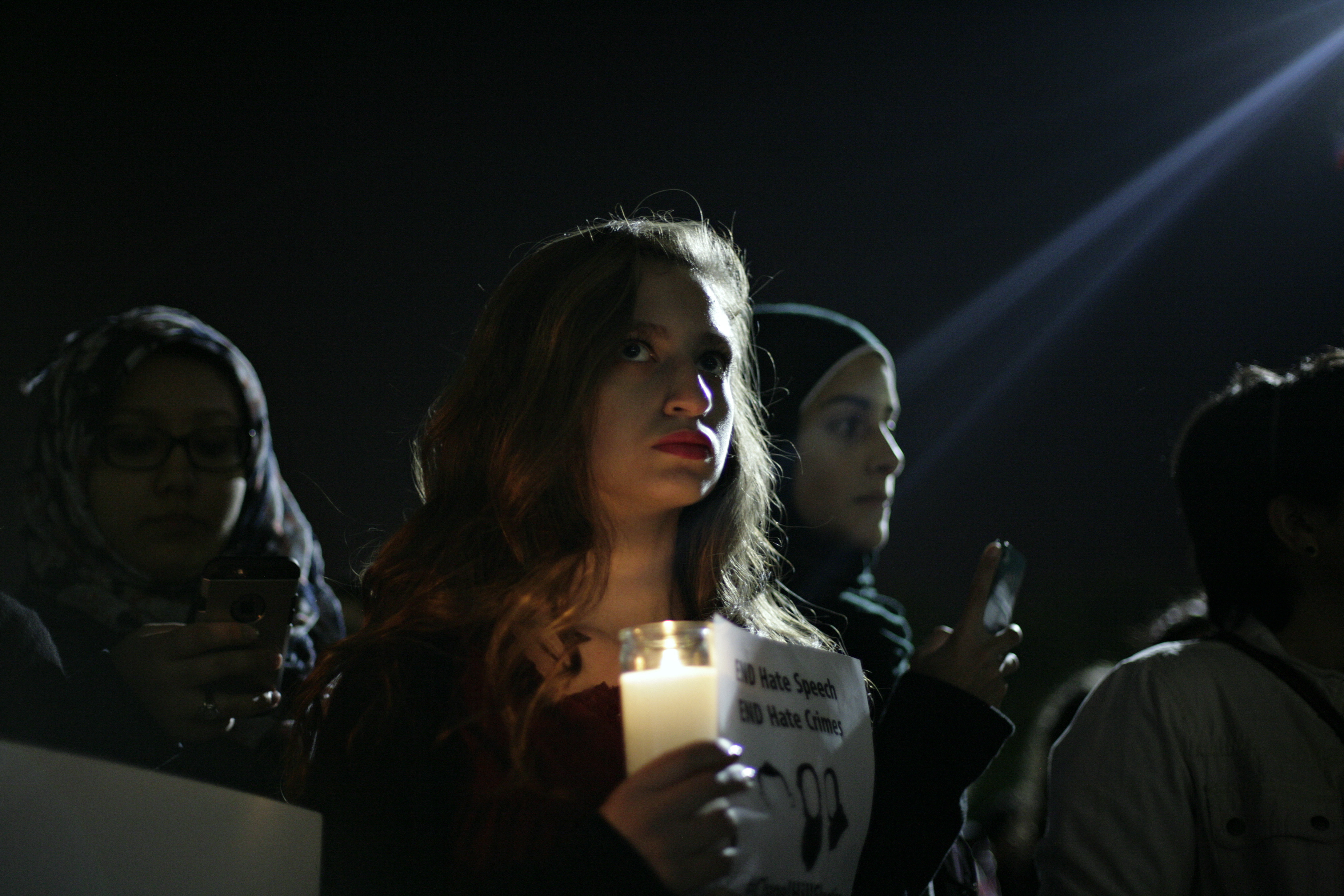 Shaykh Mufti Mohamed-Umer Esmail, an imam, or Muslim worship leader, at the Nueces Mosque in West Campus, said those who are persecuted should not have hatred toward the persecutors.

“We want to remind ourselves that the future is bright,” Esmail said. “We’re not going to let the one percent who have hate govern our lives … we’re going to be much better than that. We’re going to show that love to that extent that those who don’t love their neighbor will change their mind.” 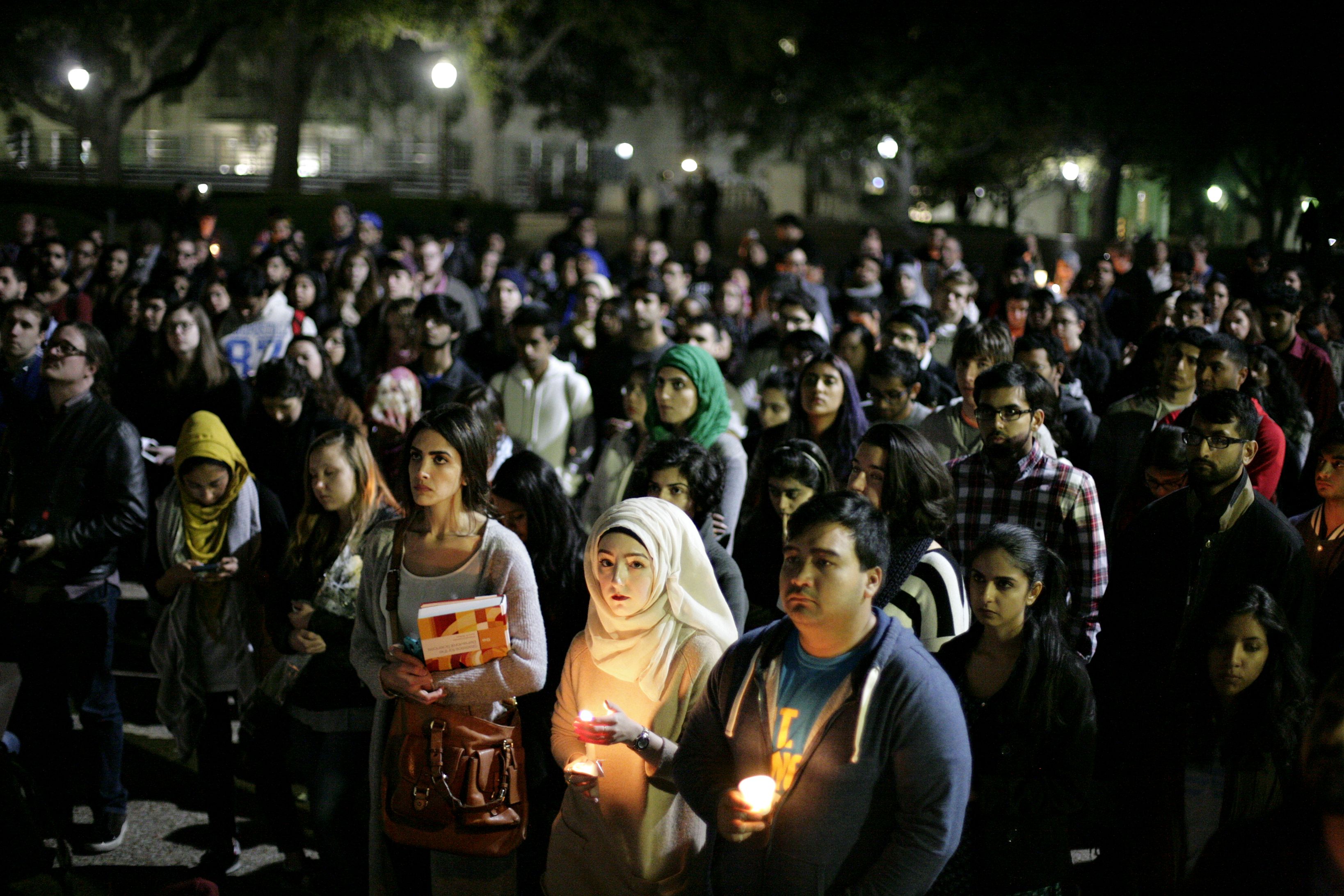