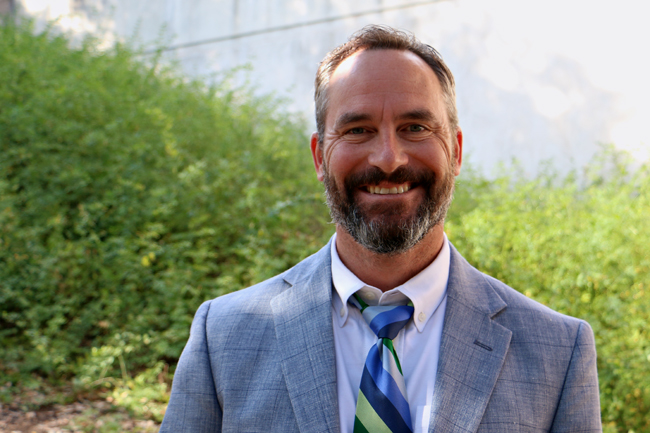 Surgeons John Uecker and Jayson Aydelotte discussed their experiences as general surgeons in war zone medical units at a talk in Welch Hall on Friday.

Both doctors, who now work at University Medical Center Brackenridge, said their military backgrounds allowed them to develop their skills and practice new medical procedures.

While serving in the U.S. Navy during the Iraq War, Uecker spent time in the Forward Resuscitative Surgical Suite, a mobile unit made up of 8–10 people, including several surgeons, anesthesiologists and ICU nurses. After his time in Iraq, Uecker said he carried practices he learned in war to civilian workplaces.

“What we learned from the war is the idea of damage control,” Uecker said. “We have learned to operate quickly and prevent them from going into shock or going cold as we move them to another facility.”

Aydelotte said his experience in the Army was different. Following the attack on the USS Cole in October 2000 by two suicide bombers of the al-Qaeda network, Aydelotte transferred from Germany and was stationed in North Africa.

Aydelotte said he was deployed in 2007 to the Green Zone in Baghdad. That year was the deadliest period in U.S. military history since the Tet Offensive in Vietnam.

“The interesting part about this from a research standpoint is all the deaths funneled to one place,” Aydelotte said. “This changed a lot of ways modern trauma care is practiced now days.”

As a result, Aydelotte said they began treating patients with blood rather than IV fluids.

Aydelotte said his most traumatic experience during the war was performing on a soldier hit by an explosively formed penetrator (EFP). According to Aydelotte, he became the first soldier to survive after losing all of his arms and legs.

According to Aydelotte, Iranian militants and other militant groups manufactured EFPs because they were effective against the Army’s armored vehicles.

“The specifics of [the EFP] is a big copper plate, and an explosion behind the plate will turn into molten copper,” Aydelotte said.

With this technology, the enemy could damage armored vehicles without blowing them up, causing extensive damage to the vehicle operators, he said.

Reginald Baptiste, director of pre health professions at the Dell Medical School, said the military can be a good option for students looking for higher education opportunities.

“This was focused on military today, but we are focused on exposing the students to all practices,” Baptiste said. “We want to exposure them to different opportunities to possibly shadow in and see what suits them.”