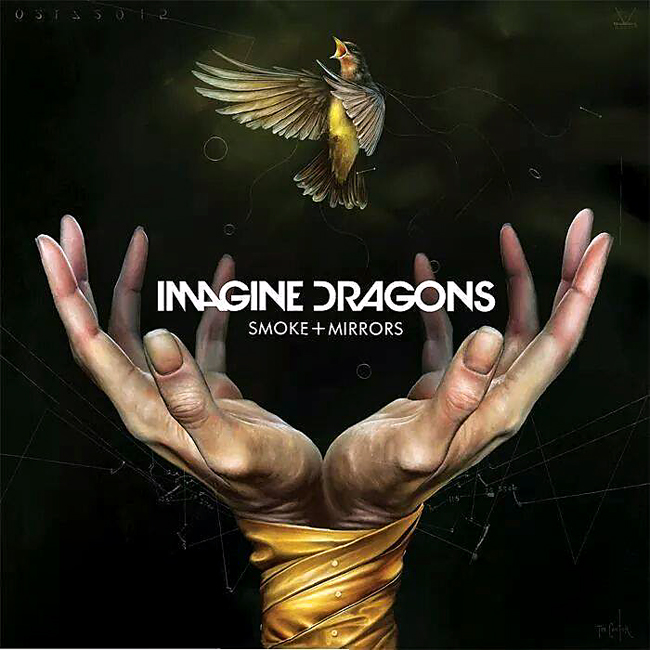 Target paid $8 million for a four-minute advertisement that aired during the 2015 Grammy Awards and featured Imagine Dragons performing their new single “Shots” in its entirety. This effort aimed to promote Target’s #MoreMusic campaign and to sell Imagine Dragons’ new album “Smoke + Mirrors,” which they released Tuesday.

Based on pre-orders, Imagine Dragons has maintained the momentum from their first album, “Night Visions,” but they have sacrificed the quality of their
material for financial success.

Although they pass as an “alternative” rock band, Imagine Dragons produces noncommittal rock and hip-hop with a few production flourishes such as whistling every now and then. The anthem-like choruses of Imagine Dragons’ music is void of any offensive material, priming it to rise to the top of the charts.

Imagine Dragons is an absolute dream for a multi-billion dollar company such as Target: the band can zero in on an audience that perceives itself as edgy and alternative without actually being either of those things.

I admit, I’m being a little harsh on Imagine Dragons and the direction alternative music is headed. The truth is the music Imagine Dragons creates isn’t horrible — it’s just mislabeled for the purpose of selling more singles.

“Smoke + Mirrors” is chock full of singles. “I Bet My Life,” the lead single off the album, is really just a formulaic pop tune. Rock radio stations will be playing this song for the next year, just like they did to “Radioactive” and “Demons” after “Night Visions” was released.

The next two singles from the new album, “Shots” and “Gold,” attempt to impress. Lead singer Dan Reynolds shows off his vocal range on “Shots,” and the opening ten seconds of “Gold” are probably the best part of “Smoke + Mirrors.” Sadly, both of these singles fall flat, with “Shots” containing utterly horrible lyrics and “Gold” never living up to its huge opening.

The album continues with the trend “Gold” sets, hinting at exciting and creative elements but never delivering them. In the press release, the record company is touting how Imagine Dragons has changed their sound by incorporating styles and instruments from around the world, but they still sound like the same band from 2012. “Trouble,” the best song on the album, is the only track that shows off the song-writing skills of Reynolds and the talent of the band.

Imagine Dragons would rather be the band with massive albums sales and enormous contracts than the band that alternative rock music fans want them to be. Selling out isn’t all bad. Imagine Dragons are doing great for themselves, but they should market their music for what it is. Behind the pop-heavy singles, this album is just a bunch of smoke and mirrors.