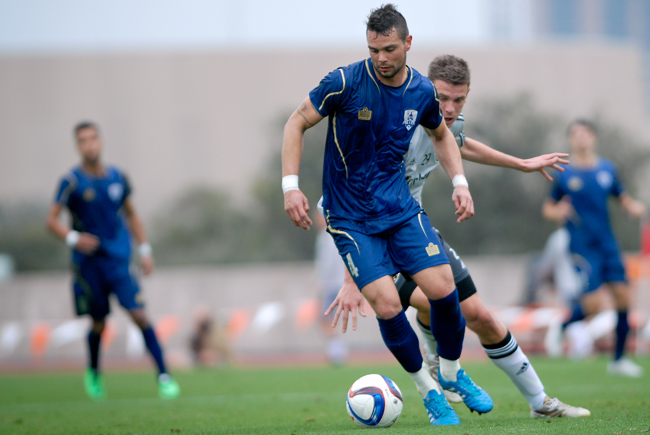 Sunday afternoon, D.C. United hoisted an armadillo trophy in the air in the middle of the pitch at Mike A. Myers stadium after winning the inaugural ATX
Pro Challenge.

But the biggest winner this weekend might just be the city of Austin.

During two-day tournament, 12,000 fans watched MLS teams compete in Austin for the first time and, as the organizers of the event hoped, showed there is certainly support for soccer in the hill country.

While Austin’s hopes of getting an MLS expansion team is still a challenging one, the large turnout is a big feather in the cap for those looking to bring big-time soccer to the area.

Before this weekend, many were skeptical about the tournament, especially when the early ticket numbers were announced last week. Some thought fans traveling from the Dallas area to support FC Dallas and the Austin Aztex supporters would be out in force. The number of “neutral” fans who attended the event surprised everyone.

The mix of hard-core supporter groups, such as the Dallas Beer Guardians, Screaming Eagles and Eberly’s Army, and the neutral fans there to see good matches created an interesting and exciting environment no matter who eventually won.

But, there are still two obstacles that form a formidable wall in front of Austin’s goal to net an MLS team.

First, one of the “unofficial” requirements for MLS expansion teams these days is to have a downtown stadium. It’s what has kept soccer legend David Beckham’s Miami franchise from getting off the ground.

Any Austinite knows that downtown real estate is hard to come by, so any group working on getting an MLS team to the City is going to have to work that out before a bid goes any further.

The second and bigger issue is the limit MLS commissioner Don Garber has placed on the current round of expansion. In 2013, Garber stated that the goal for the league was to expand to 24 teams by 2020. Currently, the league has 20 teams. Atlanta and Los Angeles are entering the league in 2017, and Miami will join as soon as it get its issues sorted out.

That leaves one spot left for many vying cities, including Minneapolis, Sacramento and San Antonio. And, honestly, San Antonio has a better shot than Austin at the moment.

But that doesn’t mean this tournament and all the work that went into it was in vain; it showed that there’s support for soccer in Austin.

And maybe one day, when MLS opens for expansion again, Austin will be right there competing for a team to call its own.