Texas looks to bounce back against Iowa State in home game 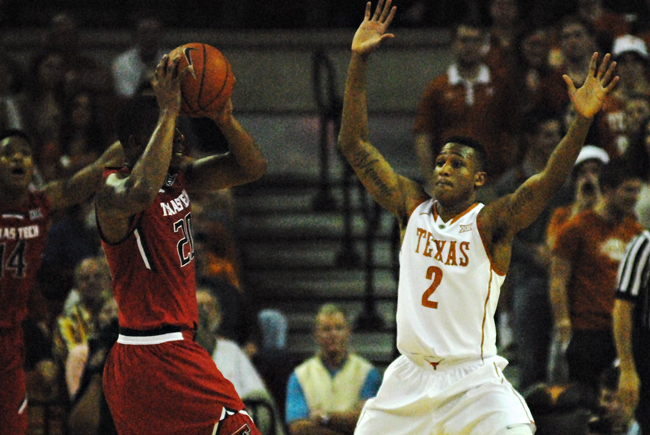 Texas suffered perhaps its most disheartening loss of the season on the road against No. 17 Oklahoma on Tuesday — and it won’t get any easier for Texas in the weeks to come.

In a game they largely controlled for the first half hour, the Longhorns blew a six-point lead in the final minutes to fall to 6–7 in conference play — good for just seventh in the Big 12 standings.

The team now faces a rigorous stretch of four games against ranked opponents, three of which have already won against Texas earlier this season.

The Cyclones dropped the Longhorns 89–86 last month in Ames, Iowa, in a game that was much more lopsided than the final score would suggest, and they will face Texas again Saturday.

Iowa State had little trouble connecting on open looks both beyond the arc and in the paint throughout the game, as five different players scored in double figures. The Cyclones led by as many as 21 points in the second half before a furious run by the Longhorns, which ultimately came up short.

But unlike the teams’ last face-off, Saturday’s contest is in Austin. Iowa State is just 3–4 on the road this season and 2–4 in conference play. The Cyclones finally snapped their four-game losing streak Wednesday with a win against No. 22 Oklahoma State.

Iowa State, which is 16–2 at home this season, even dropped a road game on last month against bottom-feeding Texas Tech, who is currently 2–12 in conference play this season. Through the first 25 games of this season, Iowa State has been a far different team at home than on the road.

For Texas to take advantage of the Cyclones’ road woes, it’ll likely try to limit Iowa State’s savvy passing attack. The Cyclones managed to weave into the interior of the Texas defense in their first matchup, opening up clear passing lanes and easy looks. They racked up 13 assists on 16 made field goals in the first half, and they finished the game with 20 assists.

Luckily for the Longhorns, they’ve played far better defense as of late. They’ve surrendered 71 points or fewer in five consecutive games, after allowing at least 83 points in the two previous games.

A win over the Cyclones could boost Texas’ résumé as the NCAA tournament approaches. The Longhorns are 17–9 this season, but only two of those victories have come against ranked opponents.