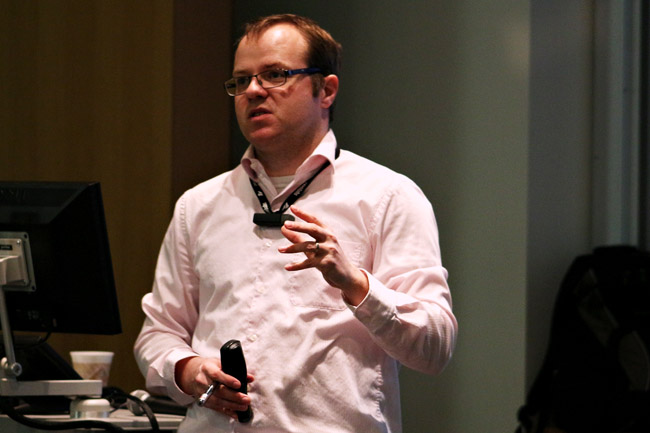 Researchers are working on new ways to reduce global dependence on fossil fuels for energy, according to Benjamin K. Sovacool, director of the Danish Center for Energy Technology at Aarhus University in Herning, Denmark.

Sovacool, a professor of business and social sciences at Aarhus University and associate professor of law at Vermont Law School, spoke Thursday about the progressive measures Nordic countries are taking to reduce carbon dioxide emissions linked to climate change. The lecture was part of the University’s Energy Week, a series of conferences designed to showcase emerging technologies in the energy field.

Nordic countries have harnessed the power of renewable energy sources, including wind and waste, which has created more energy efficient buildings, according to Sovacool. He said the countries have made use of carbon capture and storage technology, which captures 90 percent of carbon dioxide emissions produced by fossil fuels.

Denmark has also worked to join its energy resources and make them more efficient, Sovacool said.

“The country has a lot of combined heat and power facilities,” Sovacool said. “There’s talk about integrating systems together, so we can provide heat, steam and pressure [energy] in one go.”

While Nordic countries have made advancements in renewable energy, they still have to make more changes to energy consumption if they are to reach their goal of becoming carbon neutral by 2050, according to Sovacool.

Sovacool said Nordic countries have worked on using renewable energy for decades, starting with the oil shock of 1973, when the price of oil spiked worldwide after an embargo by the Organization of Arab Petroleum Exporting Countries.

“There was a national push for independence and sufficiency,” Sovacool said. “There was a desire for job and technological innovation and a rush to experiment with local sources of energy like water and waste.”

While Nordic countries have taken great steps towards using renewable energy, the city of Austin has also worked towards positive change, according to Matt Weldon, a member of the board of directors for Solar Austin, an organization that works to promote renewable energy.

“Austin was an early investor in wind projects, [and] Central Texas has low solar rooftop installation costs,” Weldon said. “The city of Austin is arguably ahead of its renewable energy goals.”

Kevin Merrill, a graduate student at the Lyndon B. Johnson School of Public Affairs, said he was concerned about the cost of implementing similar measures in the United States.