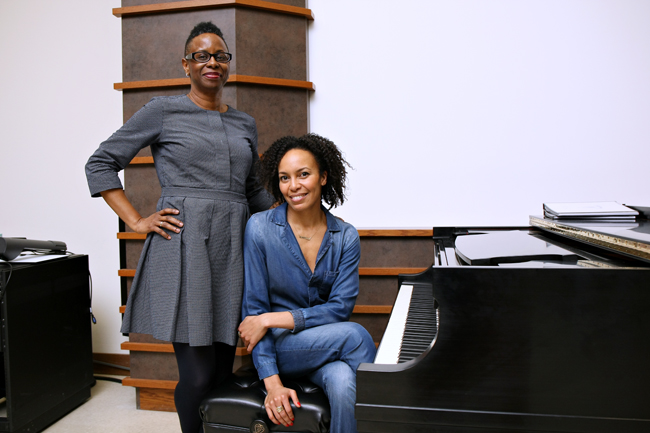 Actress, musician and playwright Eisa Davis will speak about race at a lecture for the Performing Blackness Series on Tuesday. Three days later, her role in the highly anticipated third season of “House of Cards” will be revealed.

Davis will join Lisa B. Thompson, African and African diaspora studies associate professor, in “Black Art Matters: A Conversation between Eisa Davis and Lisa B. Thompson” to discuss the importance of black art. The lecture is part of the Performing Blackness Series, a lecture series which brings nationally acclaimed artists to UT to discuss race, gender, sexuality, nation and class.

Davis is a decorated playwright, Pulitzer Prize finalist, musician with two solo albums, and an actress in films such as “Welcome to the Rileys” and “Brass Tracks.” She stars in TV shows such as “The Wire” and has appeared in “The Good Wife,” “The Blacklist” and “Hart of Dixie.” She is also a certified yoga teacher.

The event features Davis alongside Thompson, also a decorated playwright and scholar, in what Thompson said will be a casual and open discussion with the audience.

As associate director of the Warfield Center for African and African American Studies, Thompson manages the lecture series’ programming that brought Davis to UT.

“[Black Art Matters] is an opportunity to have an exchange between artists and students and faculty about black art — both popular and high art,” Thompson said. “We don’t want to only talk about [the art] in the museum.”

In an article Thompson wrote for Huffington Post’s Black Voices blog, she talked about art’s power to evoke social change. She explained that art, in any form, plays an integral role in protest movements.

Thompson said the black art movement worked in conjuncture with the black power movement to address and educate people about inequality and police brutality. Davis said she believes black art can lead people to insight about themselves, the nation and the past.

“[Studying] black art is helpful for our country to understand our history, emotional self and spiritual self,” Davis said.

Davis said she looks forward to discussing racial issues during the event. She said it is easy to see blackness and whiteness as separate, when in reality they are completely intertwined and interdependent. She calls this idea “dependent origination.”

“The very basic truth is that black culture is very United States-ian,” Davis said. “There’s nothing on this continent that isn’t built on the history of settlement, genocide of Indians and slavery. Everything is built up from [that history].”

Thompson said she chose Davis to speak at the lecture series because of Davis’ ability to teach what she has learned from her years of experience.

“Not only is [Davis] an amazing writer and actress, but she can teach other people,” Thompson said. “A lot of people do not know how to share.”

When Thompson became associate director of the Warfield Center, she continued the Performing Blackness program that the former director started in 2004. Thompson said she urges students of all backgrounds and interests to attend the event.

“Come and chat with us,” Thompson said. “[Davis] is a great listener. That’s the mark of a true artist.”

What: Black Art Matters: A Conversation Between Eisa Davis and Lisa B. Thompson